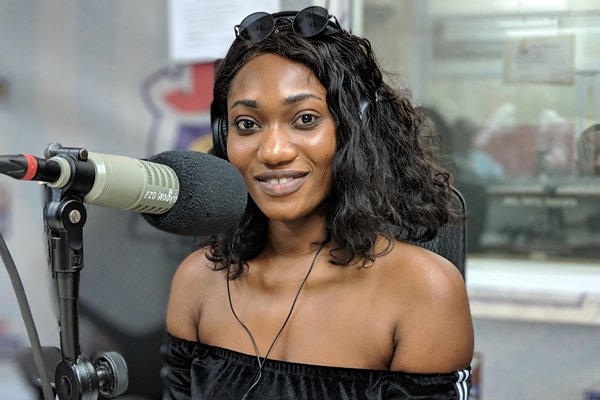 During a show on Okay Fm a few hours ago, panelists including Abeiku Santana and Ola Michael we’re discussing make up and how much change it brings to one’s face.

Ola Michael used Wendy Shay as an example. He said “She looks like someone who has an oily face and she doesn’t have too much of picture beauty so she needs make up before she can take pictures.”

Abeiku Santana prompted him and said it is about make up, not Wendy Shay but Ola Michael repeated his point again and explained further. Abeiku asked again if he’s saying that Wendy Shay does not look beautiful when She gets out of bed in the morning. Ola further explained that he is talking about picture beauty but if you take a picture of Wendy Shay in the morning, you will run away.

According to Ola Michael, this is his job so he can put pictures together and tell a story.