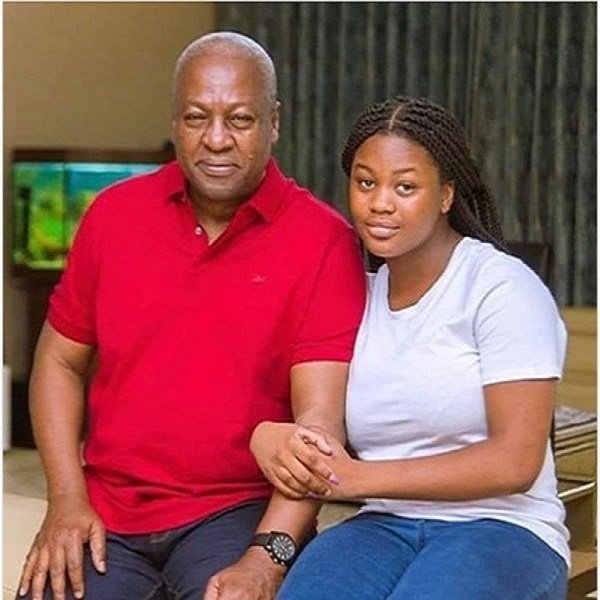 The Ashanti Regional Chairman of the New Patriotic Party, Bernard Antwi Boasiako, known popularly as Chairman Wontumi, has asked former President John Dramani Mahama to ensure that his daughter, Farida Mahama, is not exposed on social media like they’ve allowed her to.

According to him, because Lordina Mahama has decided to stay away from politics, Mr Mahama most of the time flaunts his daughter.

But to him, flaunting his daughter and making her known across the world is not in good taste because she will be prone to a lot of vices.

Chairman Wontumi, who was speaking on Kumasi-based Wontumi Radio, said “so now what he does is that he posts his daughter indicating that she is now of age. Someone will catch her and do something to her for him to realise that if you have a daughter you will hide her.”

Mr Mahama has said that his wife has been traumatised by the insults of election 2016 and has since decided to play a background role whilst focusing on her foundation.