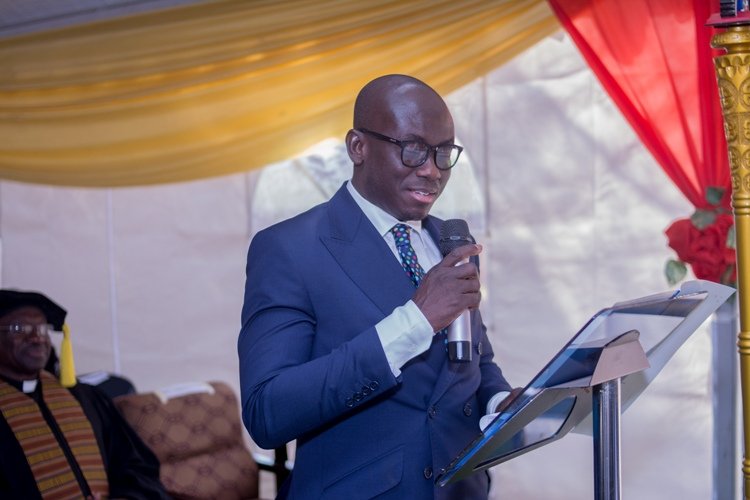 IMANI-Africa President, Franklin Cudjoe, has questioned President Akufo-Addo’s decision to appoint Godfred Dame whom he criticized as someone who supports injustices to a group of citizens as his Minister for Justice.

“It is a shame that we have an Attorney-General designate who was NEVER interested in the grave disenfranchisement of almost 30,000 human beings by his beloved do-no-good EC,” Franklin Cudjoe said in a Facebook post on Sunday.

He claimed Godfred Dame was just in a hurry to argue in court that the Santrokofi, Akpafu, Lolobi and Lipke(SALL) citizens should remain stateless, without representation in Parliament.

He argued: “I wonder why he must be made a Minister of Justice seeing how he was in great haste to not only deny SALL justice, but by extension, render all SALL people useless. What is this???”

Eligible voters within areas in the newly created district; namely Santrokofi, Akpafu, Likpe, and Lolobi, were only allowed to take part in the presidential election but could not vote in the parliamentary election because a constituency had not been created for them.

This triggered an ex parte application filed by residents of the Guan District who were not given the opportunity to vote in the parliamentary elections on December 7, 2020.

The Ho High Court presided over by Justice George Boadi on December 23, 2020, granted an injunction after SALL residents argued that their inability to vote in the just-ended parliamentary election amounted to a breach of their rights.

But the State through a Deputy Attorney General, Godfred Dame, filed a motion at the Supreme Court to fight the injunction placed on Amewu by the Ho High Court.

The Supreme Court in a unanimous decision quashed the orders made by the Ho High Court placing an interim injunction on the gazetting and swearing-in of Member of Parliament for the Hohoe constituency, John Peter Amewu.

The panel, however, declined the AG’s request seeking an order to prohibit the High Court of Justice George Boadi, from further hearing or conducting proceedings in the said suit.