Netherlands suspends use of COVID-19 vaccine

Video: We are prost!tuting because Ghana government’s stopped paying us our salaries - Frustrated Nurses Demonstrate 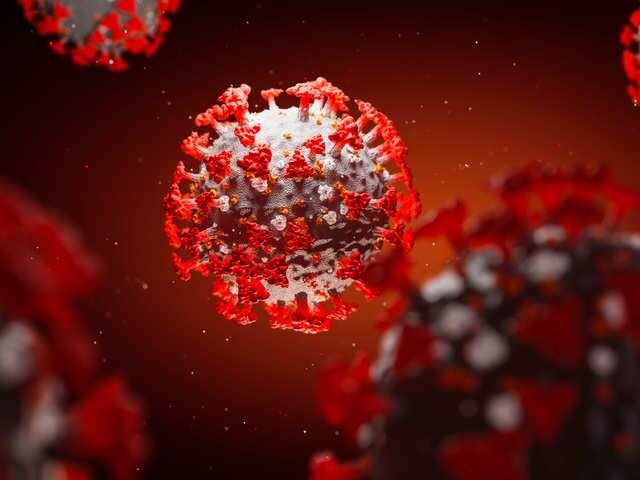 The World Health Organization warned Tuesday that young people are becoming the primary drivers of the spread of the novel coronavirus in many countries — a worrisome trend experts fear may grow in the United States as many colleges and schools begin to reopen.

“People in their 20s, 30s and 40s are increasingly driving the spread,” Takeshi Kasai, the WHO’s Western Pacific regional director, said at a news briefing on Tuesday. “The epidemic is changing.”

More than half of confirmed infections in Australia and the Philippines in recent weeks have been in people younger than 40, WHO officials said, a stark contrast to predominantly older patients from the previous months.

In Japan, 65 percent of recent infections occurred in people below age 40.

Because symptoms are often milder in the young, Kasai noted, many are unaware they are infected.

“This increases the risk of spillovers to the most vulnerable: the elderly, the sick, people in long-term care, people who live in densely populated urban areas and underserved rural areas,” Kasai said.

The global health agency’s warnings come amid intense debate in the United States about whether to bring students back to classrooms.

So far, at least 168,000 people in the United States have died of covid-19, the disease caused by the coronavirus, according to a Washington Post analysis.

For colleges and universities, where students in their late teens and 20s live in tight quarters and mingle at off-campus gatherings, the problem has proved particularly vexing.

The University of North Carolina at Chapel Hill confidently reopened campus last week with social distancing measures, including leaving dorms partially vacant and blocking off chairs in lecture halls so students had to sit farther apart.

But abruptly, on Monday, the school decided to close again when 177 students tested positive for the virus, as outbreaks sprang up in residence halls and a fraternity house.

On Tuesday, the University of Notre Dame announced that it will halt in-person teaching for at least two weeks after reporting that 147 people had tested positive since Aug. 3.

Michigan State University also said Tuesday that it will shift to remote learning for the fall semester after 187 people in surrounding East Lansing were linked to an outbreak at a college bar in July.

At least 189 people at the University of Kentucky have tested positive for the virus since Aug. 3, according to the university’s website, representing a little more than 1 percent of those tested.

But public universities in several states are forging ahead with plans to fully reopen campuses, including those in Georgia and Florida, which have among the highest infection rates in the nation.

While unwilling to close those campuses, governors in Texas and Florida in recent weeks have instituted limits on bars and alcohol consumption, citing the skyrocketing number of young people who are contracting the virus.

An analysis by Davidson College in North Carolina that examined two public institutions in every state found that 23 planned some kind of in-person instruction.

Experts say they are doing so in the face of stark warning signs of a potentially hazardous fall term ahead.

California’s public colleges and universities have decided to conduct most classes virtually.

Several others, including Brown University and the University of Maryland, had planned to open but abruptly reversed course before the start of the school year.

Four major college athletic conferences — the Big Ten, the Pacific-12, the Mid-American Conference and the Mountain West — have canceled fall seasons to protect players and other students who would normally crowd into stadiums and arenas for games.

Students at several U.S. universities have staged “die-in” demonstrations — socially distanced on the grass with mock tombstones — to protest the reopening, amid concerns that in-person teaching may result in rapid spread of the coronavirus on campuses.

Meanwhile, K-12 schools face similar issues. Schools in Georgia, Mississippi and Tennessee that reopened this month had to shutter or change course when students or staff tested positive for the coronavirus, forcing thousands to quarantine.

The closures have raised fears among educators who are set to return to school this month, including in Florida, where the state has mandated nearly every school system to open its doors.

There, the state’s largest teachers union has sued Gov. Ron DeSantis (R), an ally of President Trump who has been repeatedly criticized for sidelining scientists and public health officials.

Many students throughout the country returned to classrooms this month only to have plans for in-person instruction derailed when students or staff tested positive or had to quarantine.

In Mississippi, at least 2,035 students and 589 teachers have been ordered to quarantine because of possible coronavirus exposure, state officials said Monday.

Those numbers came after some schools restarted in-person instruction Monday, while others had not yet resumed classes.

In Arizona, one school district voted to reopen but had to cancel all classes Monday because many teachers refused to show up.

In a second news conference Tuesday that took place in Geneva, WHO officials warned school systems to proceed cautiously but also pleaded with young people not to indulge in increasingly risky behavior as the pandemic persists.

“We just need to make sure the message is getting out, particularly to young people, particularly to children and young adults, that you are not invulnerable to this and you can get infected,” said Maria Van Kerkhove, head of the WHO’s emerging disease and zoonosis unit.

“We are seeing young people who are dying from this virus.”

In the United States, the virus has exacted a disproportionate toll on children of color.

Hispanic children are about eight times more likely and Black children five times more likely to be hospitalized with covid-19 than their White peers, according to a study released this month by the Centers for Disease Control and Prevention.

Over 600 people living with HIV/Aids fail to collect Arvs