Wee Smoker Served With Some At His Funeral [Watch] 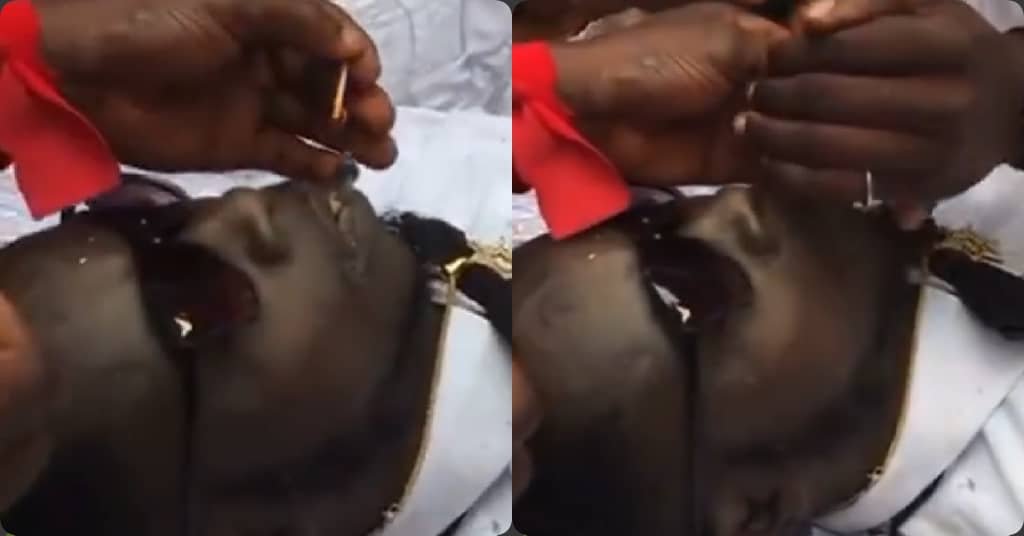 A video of a smoker being served with some wee at his funeral has caused a stir on social media.

The fast trending video on Instagram sighted online, has the deceased believed to be a smoker dressed in white with a bow tie while complementing it with a dark glass.

While the deceased man laid in his peaceful coffin, his friends whom he used to smoke with were seen lighting a piece of wee they had put in his mouth to make him smoke his last wee before he was buried.

From all indications it is clear that the deceased man was a wee smoker.

Others were heard crying and wailing at the background but none deterred the deceased friends from giving their beloved friend a better sent off.