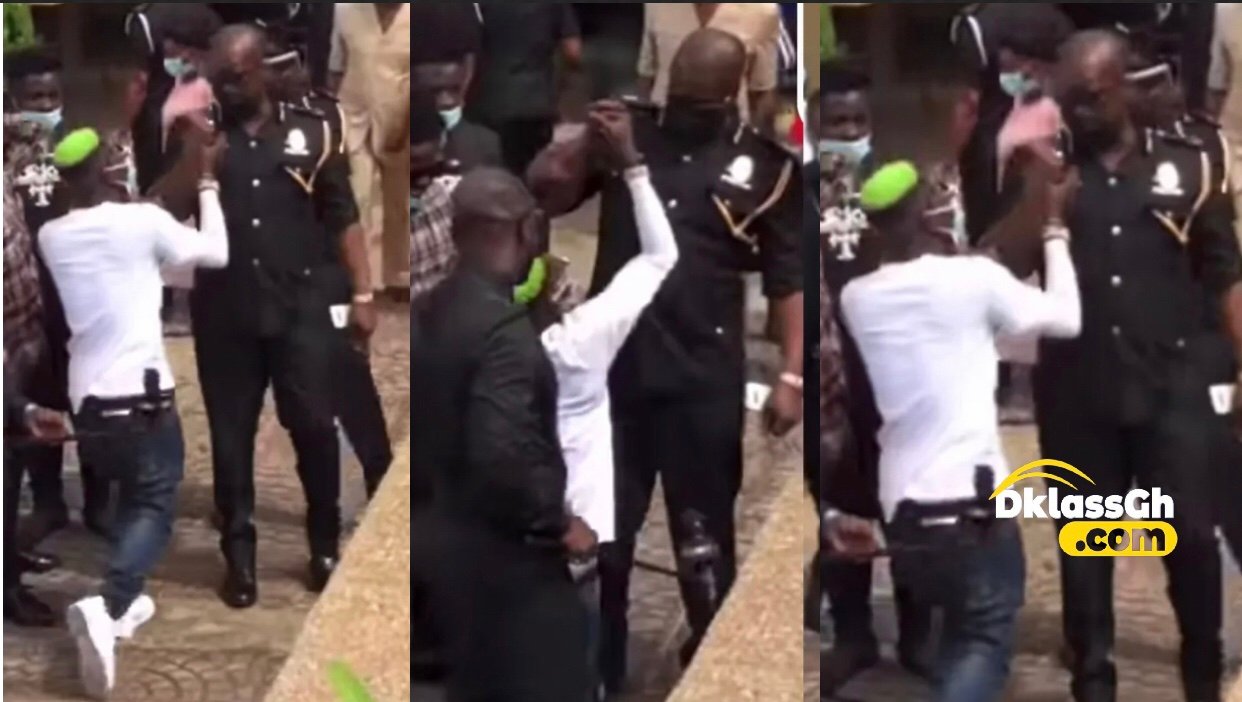 Dancehall artiste Shatta Wale known in real life as Charles Nii Armah Mensah has been spotted in a video apologizing for disrupting a meeting at the Police Headquarters.

In a video sighted by Enewsghana.com, Shatta Wale was seen in the midst of some people including Commissioner of Police Kofi Boakye.

The Ayoo hitmaker, in the video, was seen going on his knees in front of Kofi Boakye following an issue that caused his (Wale) phone to be seized.

Shatta Wale was made to express regret to the Inspector General of Police (IGP), Dr Dampare, for his uproar during the creative arts meeting with the police at the Police Headquarters.

Earlier on the outspoken dancehall star is reported to have walked out of the meeting for what he described as unfair treatment.

In the video seen online, Shatta Wale was seen bitterly facing up some police officers about his sentiments.

He complained about particularly being questioned by a police officer for pulling out his phone when other celebrities had been allowed to use theirs.

The artiste was dragged out of the meeting by some police officers after he yelled at the Police boss over the seizure of his phone.

The report also suggested that Bulldog, A-Plus, Lord Quaye and others intervened to calm the situation while pleading with COP Nathan Kofi Boakye to let the matter go.

In the video seen on the official Instagram page of the actress, Schwar claimed she was on her way to meet the Inspector General of Police, Dr George Dampare.

According to her, the police chief was like an “uncle” to her – an indication that the meeting was going to be a friendly one.