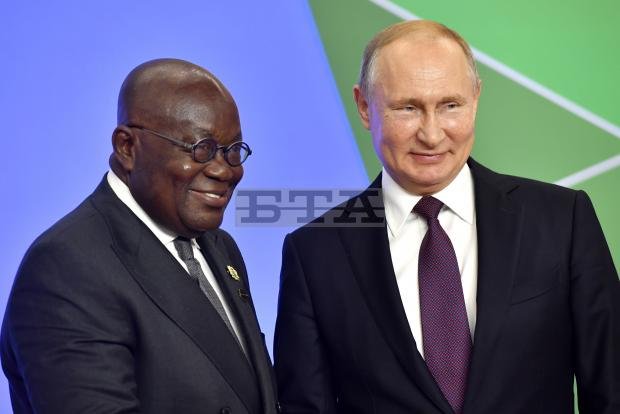 President of the Russian Federation, Vladimir Putin has transferred a communication to Ghana on the occasion of her 65th Independence Day Anniversary.

In a letter participated by the Russian Embassy in Ghana on Twitter, Vladimir Putin, describes the relations between Ghana and Russian as traditionally of a friendly nature.

He also indicated that farther dialogue by both countries will meet the interest of the people which will promote peace and security on the African mainland.

“The relations between Russia and Ghana is traditionally of a friendly nature. I am convinced that the further development of a constructive bilateral dialogue and partnership meets the interest of our peoples, contributing to the peace and security on the African continent,” the statement reads.

This time’s Independence Day cortege was at the Cape Coast Stadium in the Central Region.

The last time the cortege was held was in 2020 due to the COVID-19 epidemic.

This year’s celebration is on the theme: “Working together; Bouncing Back Better.”

The chairman, Nana Addo Dankwa-Akufo-Addo and his vice,Dr. Mahamudu Bawumia alongside other prominent personalities were present.

Meanwhile, the Prime Minister for Barbados, Mia Mottley who was the guest speaker for the Independence Day Festivity has said that the world is presently facing some difficulty due to the COVID-19 epidemic and the Russian-Ukraine conflict.

She’s still hopeful the world will bounce back to normality as the cost of living is presently high.