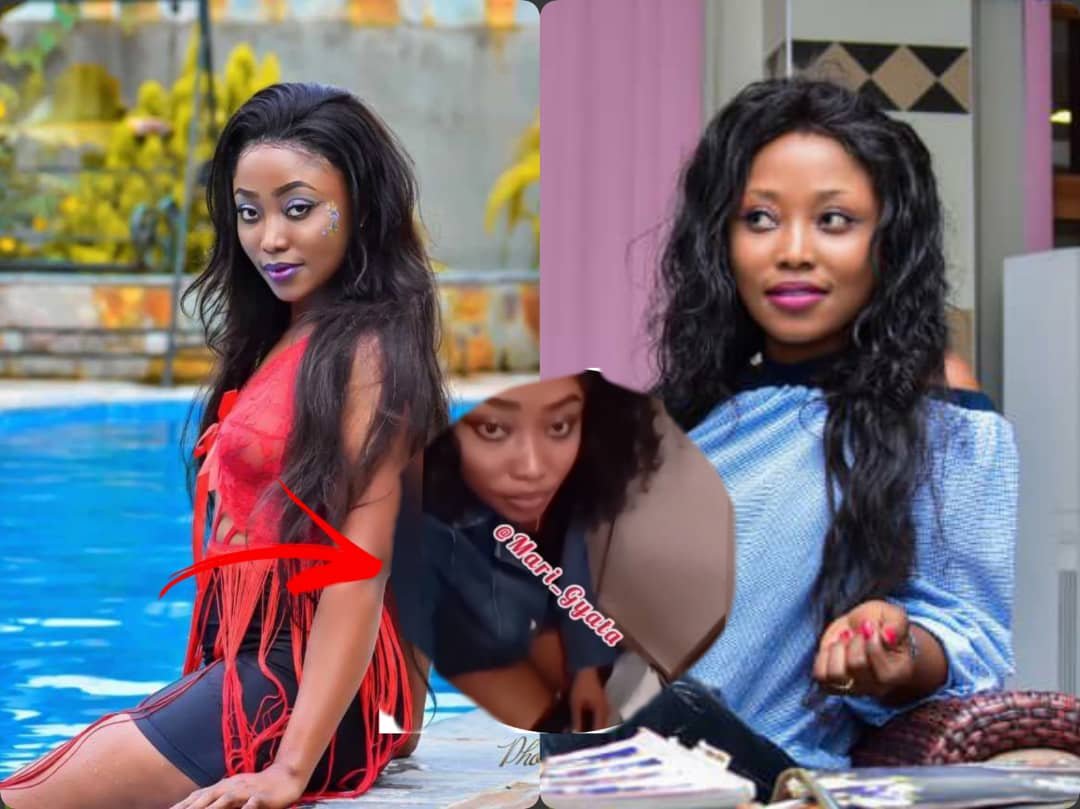 Uncivilized Kumawood actress, Joyce Boakye has released a disgusting video of herself using the closet in the plane.

Joyce boldly captured herself on the plane sitting on the closet easing herself.

The Kumawood actress unimaginably released such a dumping video on social media and deleted it after it had taken a wave already.

It’s not known whether the actress took a flight to Kumasi or she was on her first international travelling and wanted people to see her on the plane.

Well, she got it all wrong because social media users are not pleased with her – they actually cannot get why any sane person would video themself using the washroom and share it with the whole world.

Joyce Boakye is trending for the wrong reasons as social media users dish out insults on her.

Reacting to the video, Joyce Boakye has come out to say that she lost her phone so the video is perhaps leaked by stealers of the phone.

But according to reports, she posted it on Instagram and deleted it after a short while.

But the real thief later reached out to Nana Aba Anamoah and apologized to her. She noted she thought the scented candles were souvenirs.

Also, she recently had a serious fight with his fetish priest landlord who invoked curses on her after she refused to pay rent.

Joyce Boakye seems to enjoy social media trends but she’s obviously lost on how to go about it.