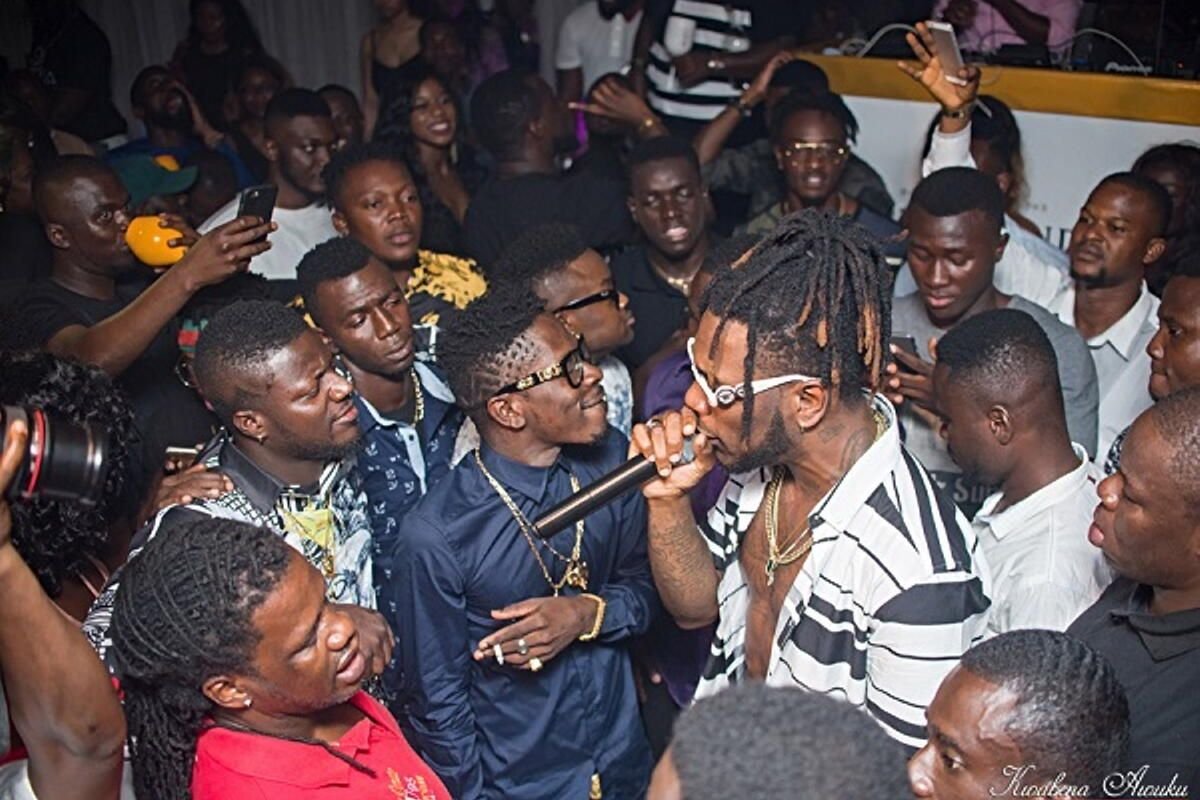 Shatta Wale and Burna Boy are trending on the social media platform, Twitter after the Ghanaian attacked the Nigerian in an Instagram live video.

An angry Shatta Wale called the Grammy-nominee all sort of names in the video for badmouthing him. Shatta Wale said Burna Boy has been ungrateful after he held him down in Ghana when he was in trouble in Nigeria.

According to rumours, Burna Boy decided not to move with Shatta Wale again, because he felt embarrassed by the Ghanaian in an interview.

Burna Boy is said to have received a portion of an interview Shatta granted on radio which Shatta Wale said he gave Burna a house and car during his long-stay in Ghana around 2017. It was at the time they recorded ‘Hosanna’.

Since then, Burna Boy has cut off Shatta Wale. The Nigerian has visited Ghana on many occasions and has been in Accra since Christmas but hasn’t bothered to contact Shatta Wale.

But Shatta insists, Burna Boy should have reached out first for him to explain the comments.

Shatta Wale has a message for Burna Boy: pic.twitter.com/E7kFDmpJCs

Read Also:  Nana Ama Mcbrown and A-Plus owe me an apology - Mona Gucci
Share with Friends:
Related Topics:
Up Next