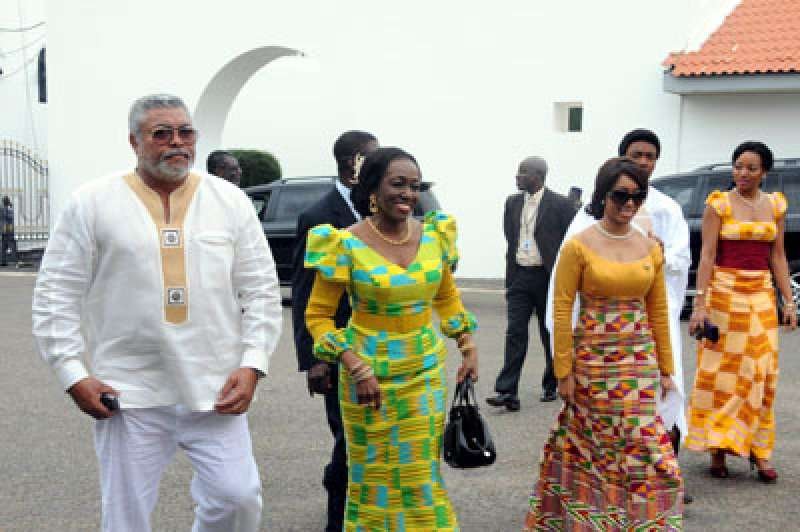 Security operatives on duty at the foyer of the Accra International Conference Center, where the remains of the late president JJ Rawlings has been laid in state, have prevented a 52-year-old woman claiming to be the daughter of the deceased former president from filing past the body.

The 52-year-old woman popped up yesterday claiming to be the daughter of late former president Jerry John Rawlings.

Read Also:  Your Power Is From The People, Not From Your Wigs – Manasseh Azure Tells Supreme Court Judges

According to her, she was acknowledged by the late former president who even offered her money as capital for a business.

She expressed disappointment in the family of the late former president for not publicly acknowledging her even though she has been known to all of them for a while.

Read Also:  Why Has Ghana Accepted the COVID-19 Vaccine That Was Rejected By Other Countries?

She also claimed that veteran actress, Maame Dokono, who was a close confidante of the late President Rawlings’ wife, Nana Konadu Agyemang Rawlings, paid her to keep quiet about her identity.

In an attempt to pay her last respects to her supposed father however, security operatives prevented the woman on reasons which are not yet clear to this portal.

READ ALSO; Breaking News: Mahama’s Lawyer Hot In Court For Failing To Obey The Orders Of The Supreme Court

Now That Hawa Koomson Has Confessed To Firing A Gun, Let’s See What IGP Will Do – Security Expert