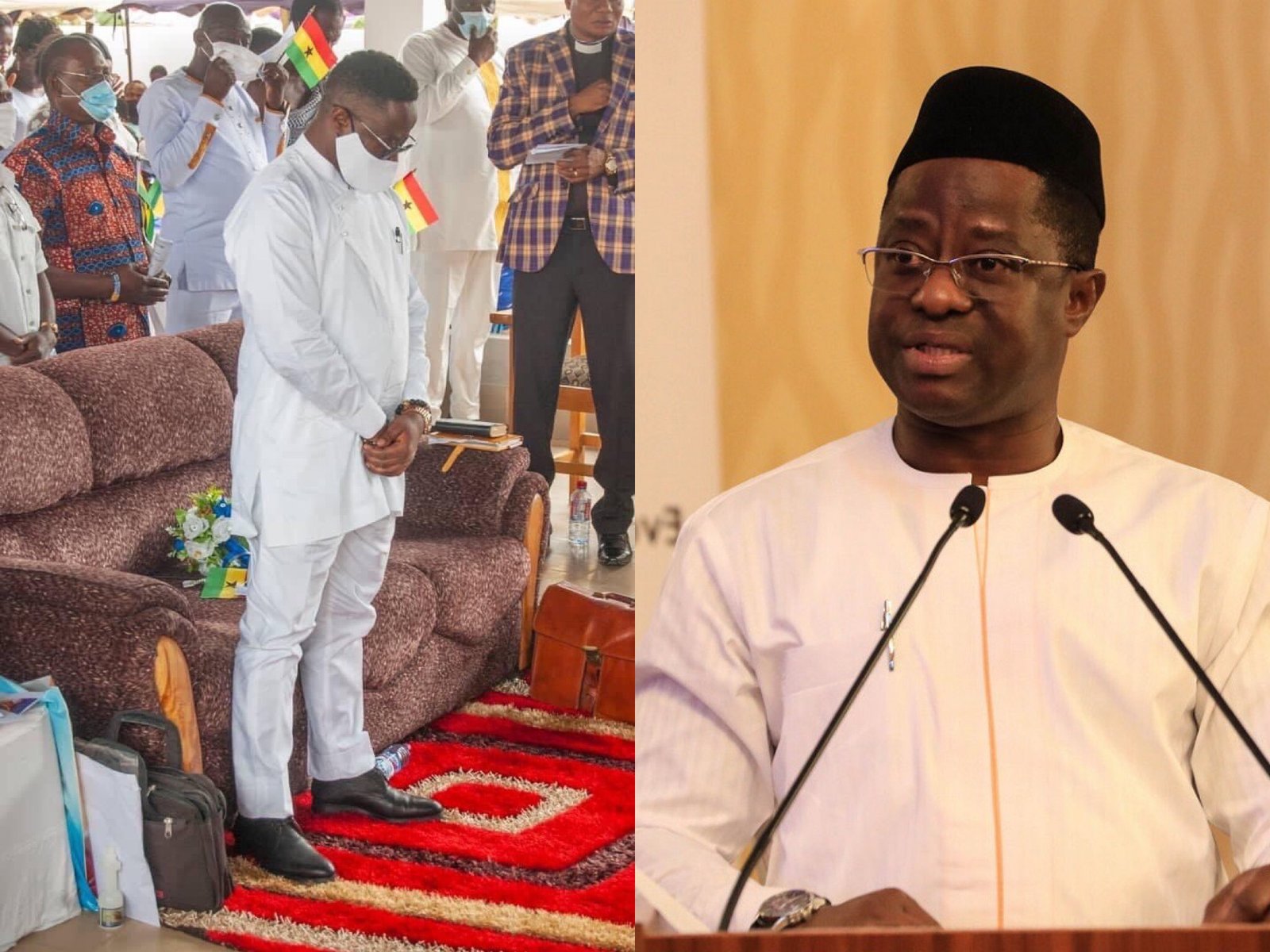 John Peter Amewu‘s ‘machomen’ have been accused of attacking a bailiff, Emmanuel Aziakah who had gone to the constituency to serve him some summons from the Ho High Court.

One other bailiff named Evans Adogli, for fear of his life, took to his heels upon sensing danger from the minister’s ‘thugs’ according to reports.

The assault follows the Court injunction secured by the National Democratic Congress (NDC) against EC’s attempt to gazette John Peter Amewu following the commission’s decision to exclude Akpafu, Lolobi, and Likpe in the Hohoe constituency from voting in the just ended parliamentary election.

The victim narrating the incident told ‘The Herald’ that all efforts to serve Amewu with court documents had proven futile.

According to him some bailiffs had been to Accra from Ho, but could not find him in Accra, and so had to pursue him into the Hohoe constituency.

Narrating further, he established how Amewu’s thugs at Wli, pulled a knife on him and several times slapped him in the face before abducting him in their Toyota Land Cruiser in a convoy of six cars.

According to Emmanuel Aziakah, the minister’s thugs had hit him a few times at Wli before pushing him into the car. While in the car, the thugs, one of whom he knew as an ex-worker of the waste management company; Zoomlion and lives in Hohoe Zongo, drove him around for a while before dumping him between two towns; Agbefia and Torganu.

He added that the thugs made away with his mobile phone, GHC50, and a polythene bag, containing the court documents he was asked to serve Mr. Peter Amewu with.

The thugs, the bailiff revealed, had accused him of wanting to destroy the MP-elect and kept assaulting him despite his many pleas and countless attempts to get them to understand that he hailed from the constituency in a town called Fodome, but only out doing his job.

Meanwhile, Amewu has confirmed his presence in the constituency on the day the incident happened.

In a Facebook post, he disclosed that he had been in the constituency thanking the various towns for voting for him in the 2020 general election.

On Sunday, December 27th, 2020 he wrote “Yesterday, As part of my Thank You Tour and Victory Party. In the company of the Volta Regional Secretary for Npp; Joseph Homenya, Hohoe constituency NPP Chairman; Anthony Kondobrey, constituency executives and other dignitaries, I visited Alavanyo and Wli communities to thank them for massively voting for me and Our President Nana Addo Dankwa Akufo-Addo in the just ended 2020 elections.

I am very grateful and proud of my people; this is indeed a historic victory. To all my constituents both young and old; i wish you and your family a Merry Christmas and a happy year”.

This is what Peter Amewu's vigilante forces did to the Ho High Court bailiff who went to serve him with court documents. He's been currently hospitalised. The @GhPoliceService has not seen this and will never see it. pic.twitter.com/twJfkJ125q

Meanwhile, an aide to Mr. Amewu, Joshua Homenya is said to have told CITI FM, that Mr Amewu’s camp knows nothing about the incident.

But Mr Aziaka told Citi News he believes that Mr. Amewu was aware of what happened to him.

“Mr Amewu rolled down the glass of His car when I was being attacked and rolled it back up,” he said.

He said he has reported the matter to the Police who have assured him that the matter will be investigated.