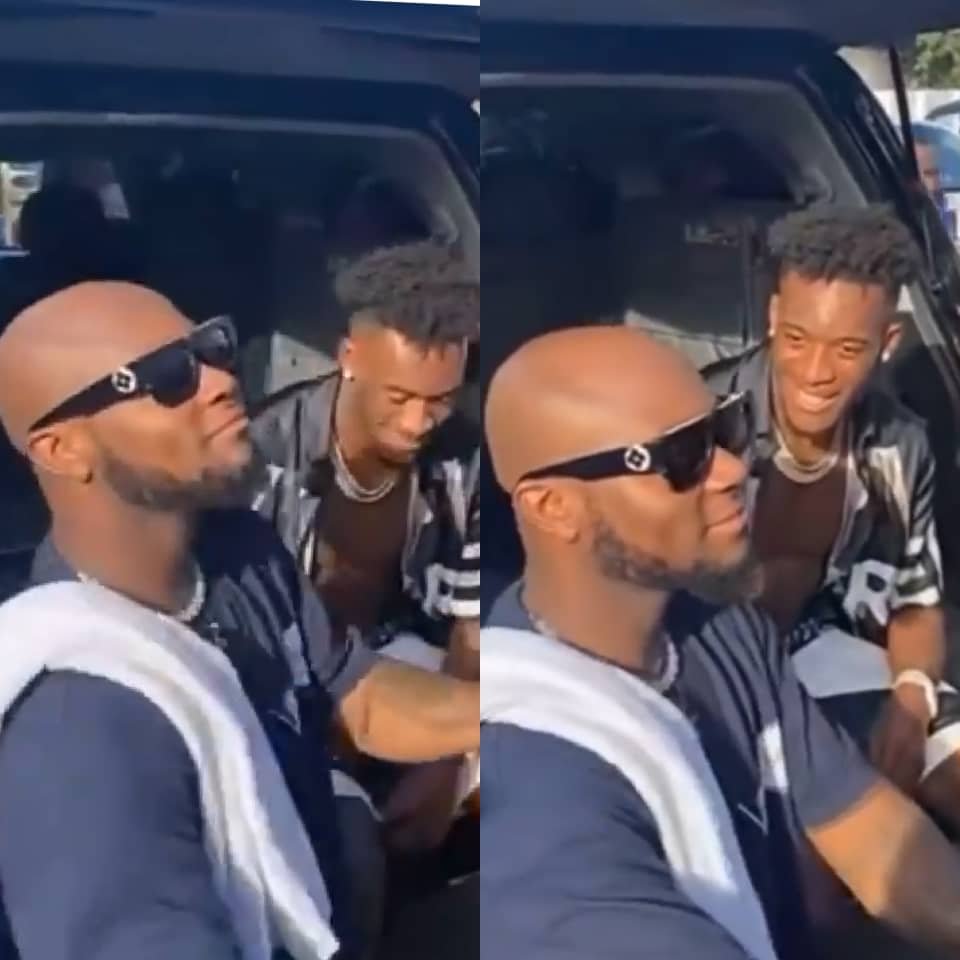 Champions League winner, Callum Hudson-Odoi, is currently in Ghana and he is stay a memorable one.

The Chelsea star who was born in the United Kingdom (UK) is a close friend to King Promise.

A new video of Callum and King Promise chilling has popped online.

In the video sighted by Enewsghana.com, Callum is captured sitting behind a car with King Promise.

It wasn’t a dull moment on the streets of Accra as the duo really partied hard.

Callum’s father is a former Hearts of Oak and Black Stars player.

The talented footballer was part of the Chelsea squad that won the 2021 Champions League at the expense of Manchester City.

Meanwhile, controversial actress and video vixen, Efia Odo has deactivated her twitter account after she was tagged with Hudson-Odoi.

Netizens were of the view that Efia Odo would be the first Ghanaian lady the Chelsea star would sleep with while enjoying his holidays in Ghana.

The comments did not sit well Efia Odo as she deleted her twitter account to have some piece of mind.

Meet Angela Tsiya, the Hardworking Immigration Officer Who Stands Tall in All Odds