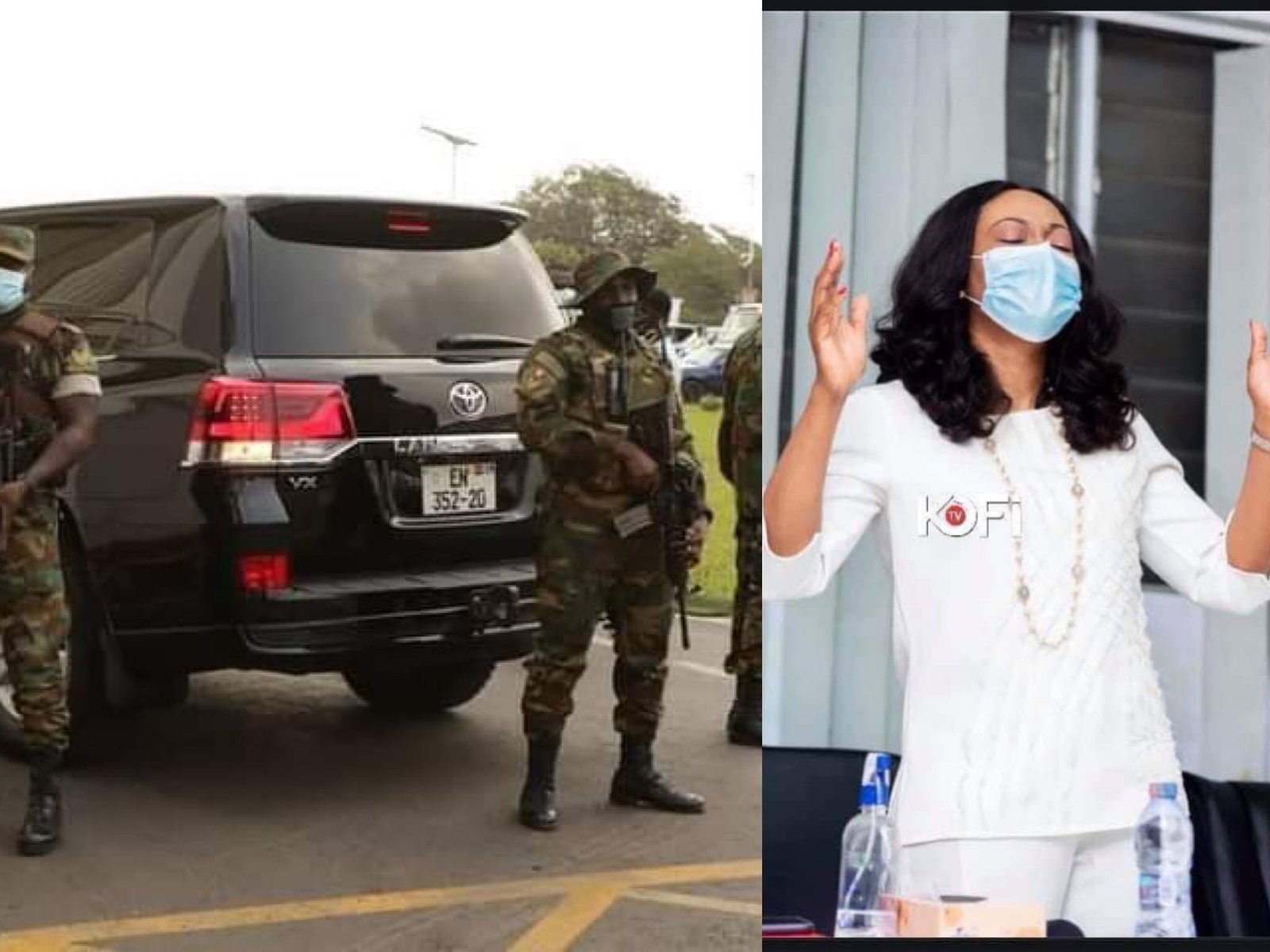 Video of the Chairperson of Electoral Commission of Ghana, Mrs. Jean Adukwei Mensah arriving at the Supreme Court on Thursday, 21 2021 for further 2020 election petition proceedings with countless military men pops up.

The men in their dozens are seen completely outfitted in military gear with their rifles as though they are going for war or on war grounds.

Jean Mensa was appointed to run the Commission as it’s the presidential returning officer after Charlotte Osei was expelled from office on grounds of procurement breaches.

However, in declaring the 2020 presidential election results it came to public attention that what she announced on the 9th December, 2020 as been the presidential results was different from what was on the Electoral Commission’s website.

Even with that, the Electoral Commission was recorded to have amended the results on their website for more than 6 times.

The Petitioner, Mr. John Dramani Mahama was questioning the 2020 election results in the highest court of the land, pointing out that it was flawed and that the Supreme Court should invalidate the results and rule for a re-run of the election clarifying that established by the Electoral Commission’s own figures pointed out that no candidate was able to strike the 50+1% as required by law.

READ ALSO; I Married My Ex-husband to Make My Ex-boyfriend Jealous, But I Never Loved Him -Tima Kumkum Reveals

Nevertheless, the Electoral Commission and it’s commissioner in their answer to the Petition acknowledged that there could be some faults with the results, they upheld that those blunders cannot influence the decisive outcome of the result which saw President Akufo Addo emerging as a winner.

Read Also:  Your Power Is From The People, Not From Your Wigs – Manasseh Azure Tells Supreme Court Judges

The video which is making rounds was captured in the Supreme Court with Madam Jean Mensah also seen with fleet of cars accompanying her.