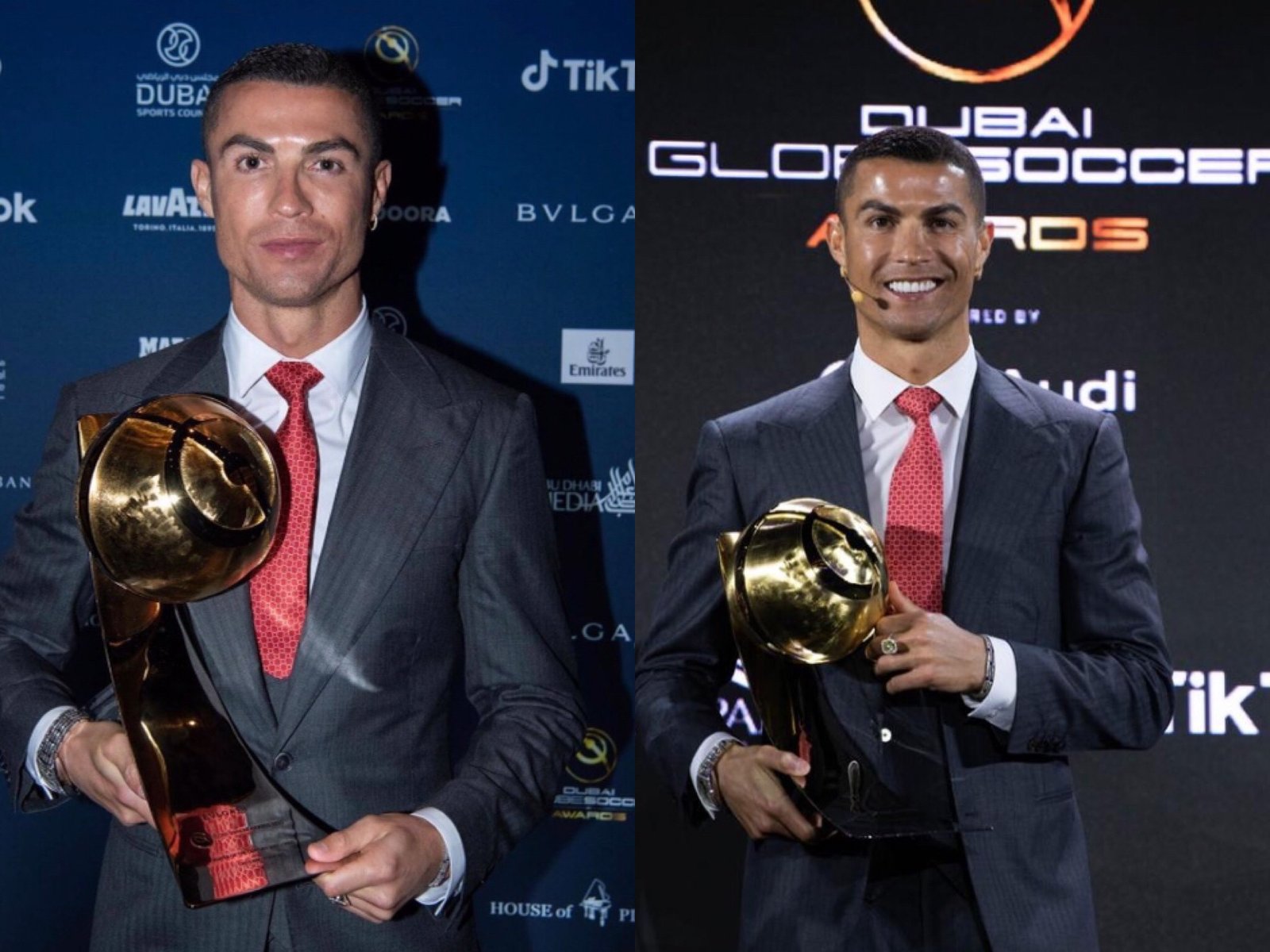 Juventus striker Cristiano Ronaldo has been voted best player of the 2000s beating his fierce Rival Lionel Messi to the honor at the Globe Soccer awards held in Dubai.

After picking up the award, The Real Madrid all Time Goalscorer spoke about how proud he is to receive the honor. He also touched on how motivated he is to continue playing football for some more years to come.

“Being here with great champions such as Robert Lewandoski, Gerard Pique and Iker Casillas is amazing,” Ronaldo said.

“This award is giving me motivation, it’s amazing to be part of this event, this is a big honour for me. I hope the pandemic will be over next season and more people will be here. Thanks for his trophy, I am really happy. I hope I can continue to play for a few years.” He added.

Cristiano Ronaldo picking up his GLOBE SOCCER PLAYER OF THE CENTRUY AWARD.

READ ALSO; Meet The Beautiful Lady Who Says No Man Can Reject Her – Photo