Video: Beautiful Couple Cause Stir Online After They Had Their Wedding In A Shrine 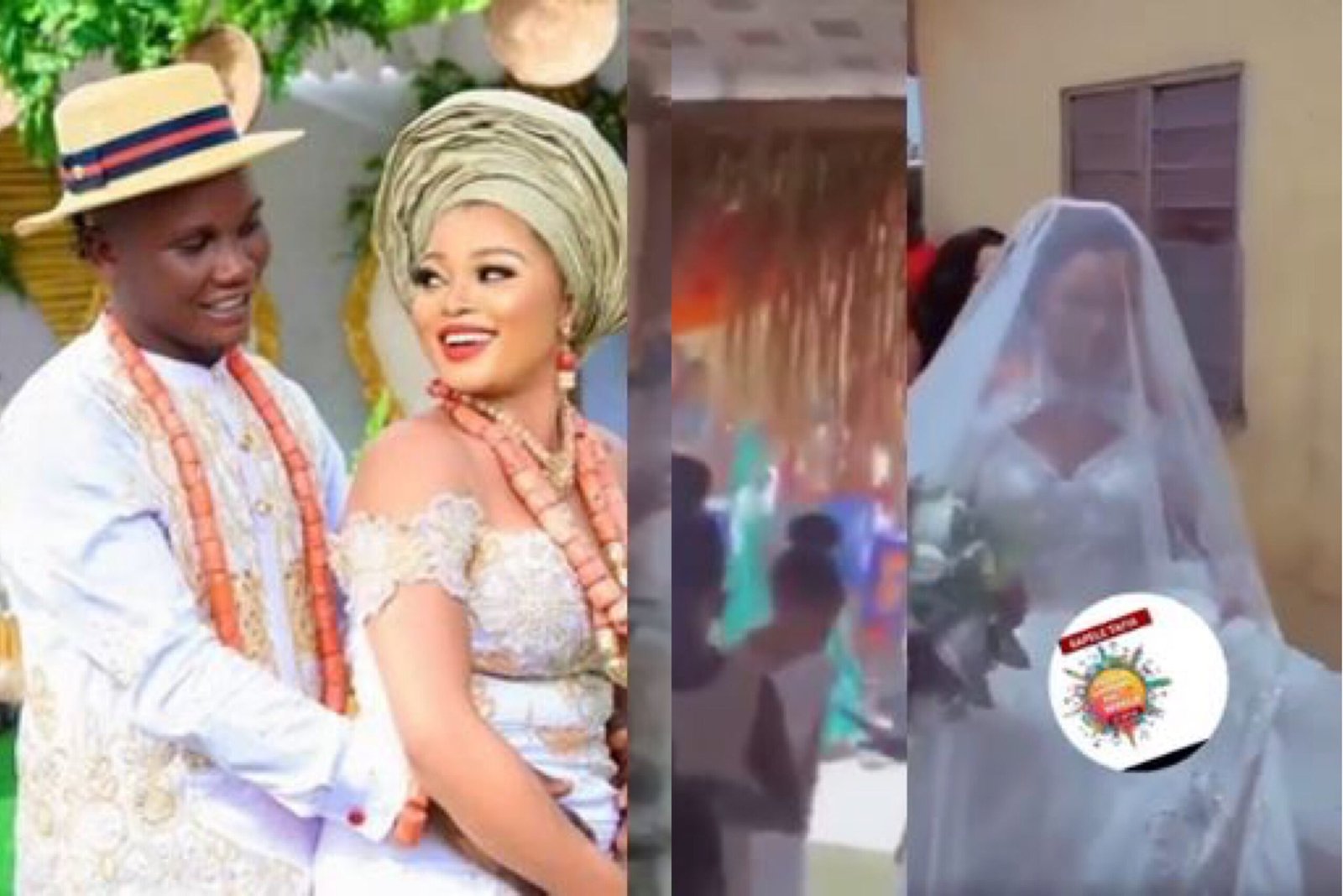 A yet-to-be-identified couple has broken the internet after they had their nuptials ‘blessed’ in a shrine, which is a stark departure from convention.

In the video that is currently trending on social media, the couple observed the rudiments of wedding traditions alright, but they had it done in a shrine where a lot of incantations and other indigenous African religions were enforced.

According to a post on Facebook, the couple said they don’t believe in the western world religion, and that we need to go back to the ways of our fore father’s, that way Nigeria will be great.

MUSIGA is Not Serious; They abandoned me when I was sick – Kunta Kinte alleges