VGMA22: 'Kofi Kinaata Is The GOAT In Songwriting' - Ghanaians React After Kofi Kinaata Made History With 4th 'Song Of The Year' Award
Advertisement 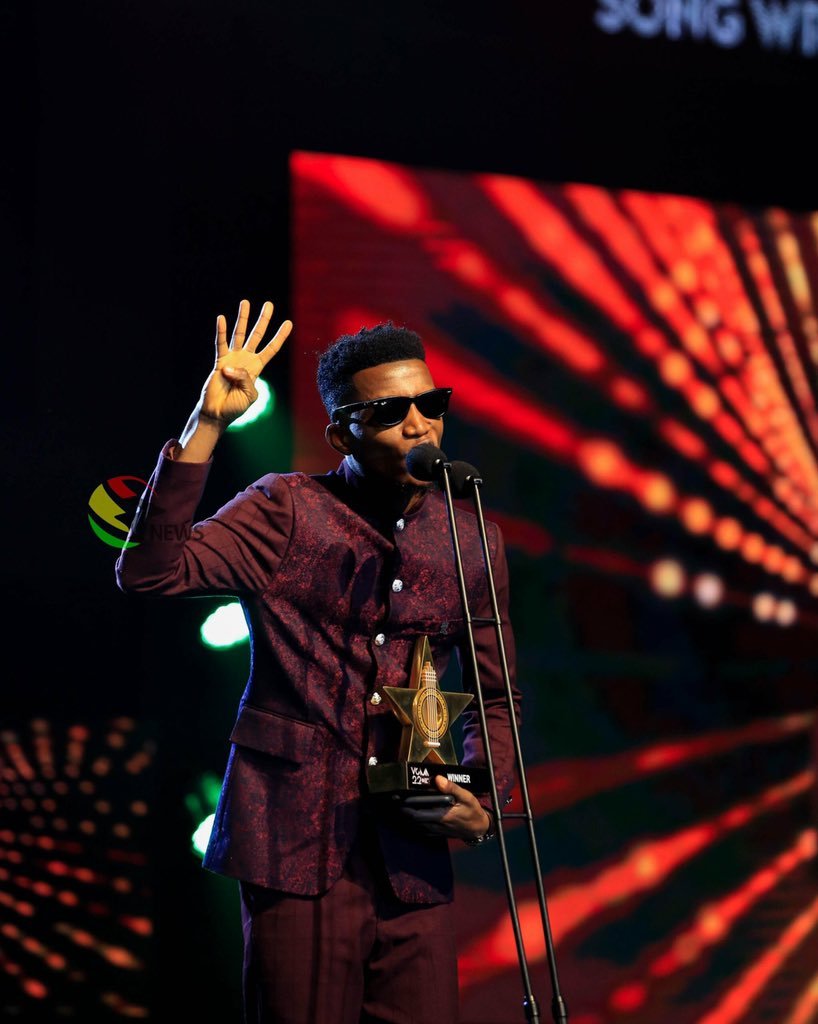 Multiple award-winning musician, Kofi Kinaata for the fourth time has won the Songwriter of the Year award at the VGMA ceremony.

He won the award with his song ‘Behind The Scenes’.

He is the first artiste to win the award four times.

Kofi Kinaata first took home the award in 2016 with the song Susuka released in October 2015.

Kinaata who was fairly new in the industry won people’s heart with lyrics that urged people to be grateful with what they have and avoiding condemning others for what they have.

He won the award again the following year, 2017, with the song Confession.

He won two other awards namely Highlife Song of the Year and Highlife Artiste of the Year with the same song.

Three years later, in 2020, Kofi Kinaata won the Songwriter of the Year award, once again with his song Things Fall Apart.

The song became popular immediately after its release as people praised him for his talent.

Kofi Kinaata reacting after winning the award for the 4th time said, he has broken his own record he set last year.

“Another One! I set a record last year.. and I’ve broken my own record this year! The only Ghanaian  artiste to win the VGMA SongWriter Award for the FOURTH time,” he tweeted

Meanwhile, many fans have been congratulating the artiste on his win.

Kofi Kinaata is the GOAT in songwriting 🐐❤️

Kofi Kinaata is better than Drake but you guys are not ready for this conversation hmm.

4 consecutive times. When it comes to pen game(songwriting) in Ghana, there’s no one who can be compared to Lyrical highness Kofi Kinaata. The greatest of all time🔥🔥❤️❤️❤️🐐🐐🐐 pic.twitter.com/6KwCKijOYC

Ghana is appreciating Kofi Kinaata's impeccable songwriting skills with the Songwriter of the year award this weekend. No one deserves it better than him, 4 is here! #VGMA22 pic.twitter.com/AQWNDdwgNc