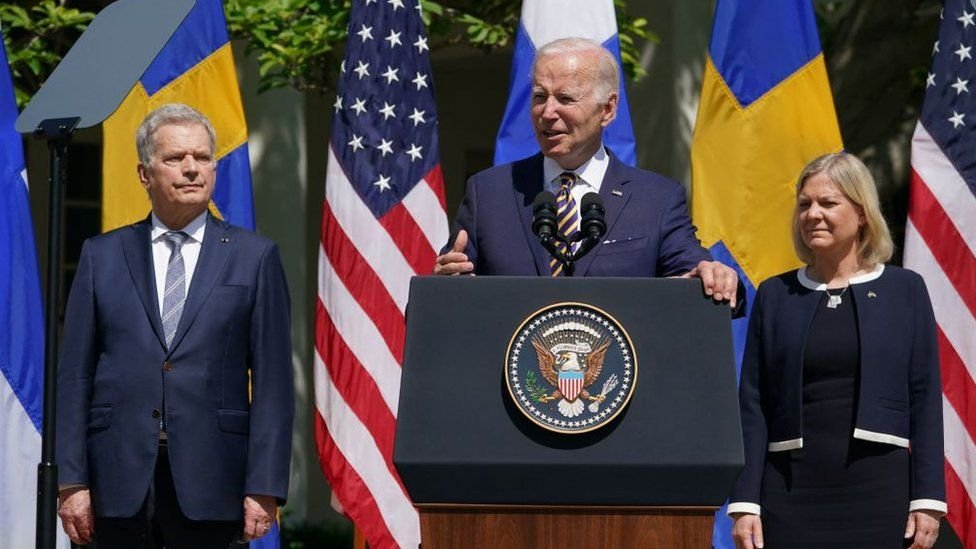 Sweden and Finland have the “full, total and complete backing” of the US in their decision to apply for Nato membership, President Joe Biden says.

Both countries submitted their applications to be part of the Western defense alliance this week, marking a major shift in European geopolitics.

To join the alliance, the two nations need the support of all 30 Nato member states.

But the move by the Nordic nations has been opposed by Turkey.

“New members joining Nato is not a threat to any nation,” he said. The president added that having two new members in the “high north” would “enhance the security of our allies and deepen our security co-operation across the board”.

Meet Freedom Jacob Caesar, the Ghanaian who lives with Tigers as Pet in Accra