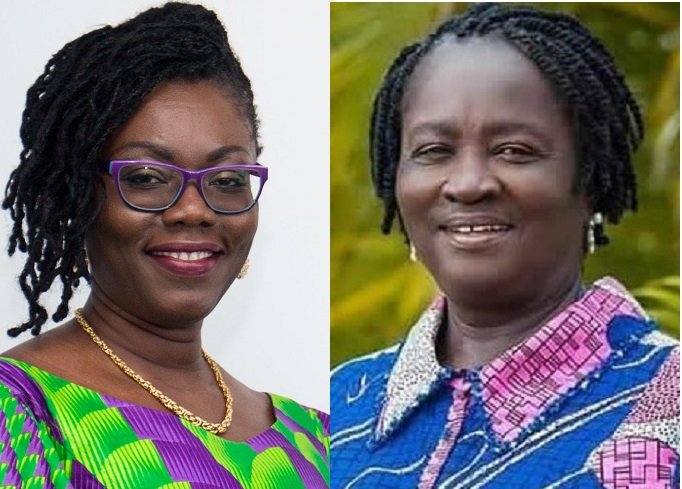 Member of Parliament for Ablekuma West Constituency in Accra was taken to the cleaners yesterday by one of her fans after she attacked the personality of former President John Dramani Mahama’s running mate for the 2020 general election, Jane Naana Opoku Agyemang.

According to Mrs. Owusu, the idea that Mrs. Jane Opoku represents women because she was nominated to be a running mate is unfounded.

She argued that Mrs. Agyemang was nowhere to be found when the likes of Nana Konadu Agyemang Rawlings and her like were laying down their lives to champion causes for women empowerment.

But Mrs Owusu who doubles as the Communications Minister and known for attacking her opponents verbally was met with a brute force from one of her followers.

READ ALSO; Video: Police Clash With Parents At Accra Girls SHS As They Storm The School To Pick Their Wards

Her remarks did not sit well with one Giovanni Tademe who seems to be an avid follower of the legislator’s exploits.

In response to Mrs Owus’s question; ” Where was Jane Naana when we were fighting for women empowerment?”, Mr. Tademe said; ”she was seriously imparting knowledge into young women and men in the university while you were looting, making reckless comments and building a fake bridge that was away by few minutes of rainfall.

Read Also:  They Want To Put Me Before Court Over Your Legacy Daddy - Zanetor Rawlings

See his response below; 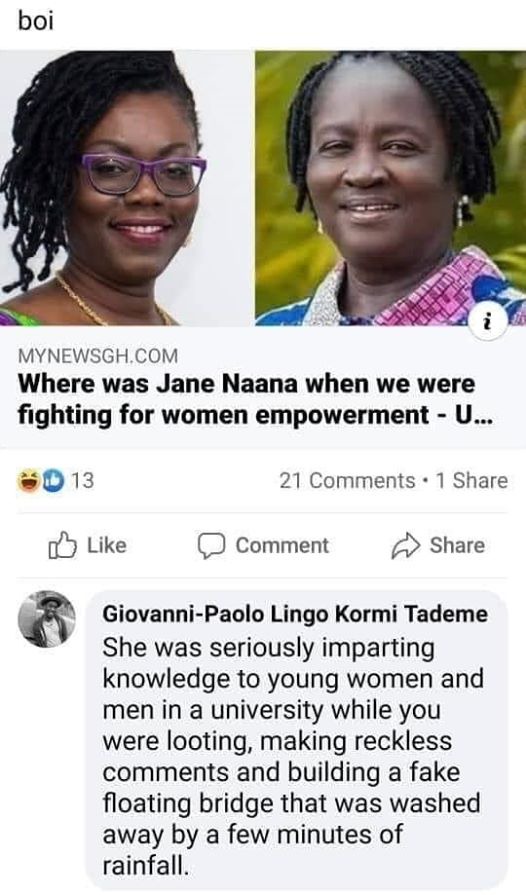