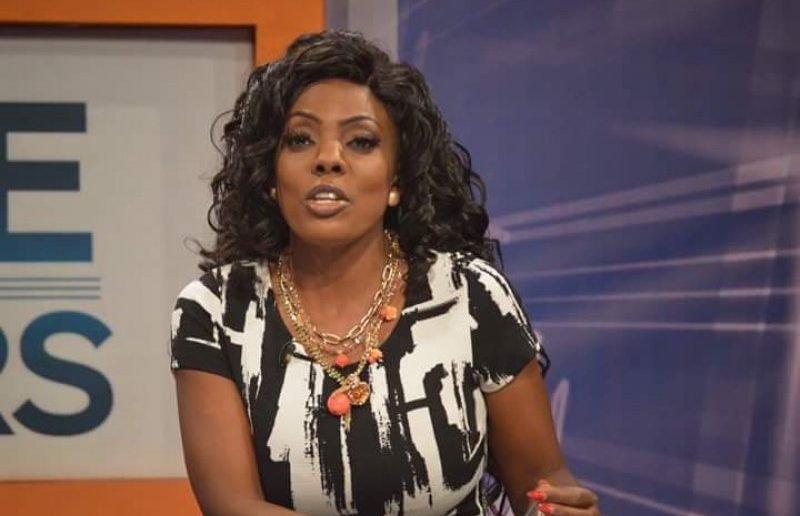 Ace Broadcaster Nana Aba Anamoah has been left heartbroken after a guy from her DMs she recommended to a friend for a job made away with huge sums of money from the company.

Nana Aba, who has been using her influence and platform to solicit for help both in cash and in kind for her followers shared a screenshot from her friend who broke the news that the gentleman had stolen as much as GHC 100,000 from his business.

According to Nana Aba’s friend, he only recruited the said gentleman because he trusted Nana Aba’s judgement and wanted to be of help.

However, after paying net salaries of GHC 4,500 to the recruit, he still went ahead to team up with his colleague to steal from his company.

Nana Aba’s friend has since reported the matter to the Police who have also arrested the culprits.

Sharing the news on her Twitter, Nana Aba wrote that she was disappointed and was done helping people on social media.

“How can anyone do this to me? I don’t deserve this. I AM DONE. I’m so ashamed”

Meanwhile, Ghanaians on Twitter have reacted to the issues as they lash out at the guy for his ungrateful and unprofessional actions.

Many of them said the guy has ruined other needy young unemployed youth chances of getting help from the media personality.

Here what they said;

If then release the guy, Nana Aba for also arrest am. Onnim Nyansa on sei

4.5k a month and you still gang up with colleagues and steal 100k wow. So sorry for Nana Aba. The guy really disgrace am charley.

Share with Friends:
Related Topics:Nana Aba Anamoah
Up Next