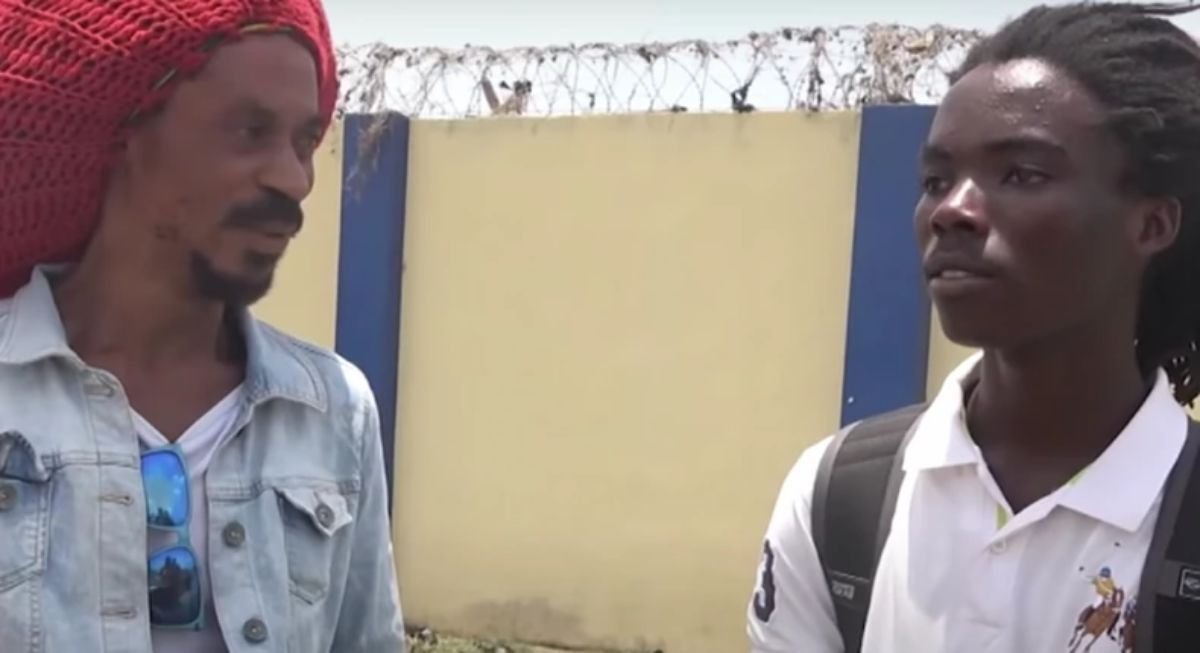 Mr. Tereo Marghuy, the father of two infamous Rastafarian students who were initially denied admission to Achimota school because of their dreadlocks, has lamented on recent bad behaviors of his son.

According to him, his son, Tyron Marghuy has always been arrogant and disrespectful even before the Achimota admission brouhaha.

“[Tyron] was so arrogant so I wasn’t even ready to follow him anywhere, I went to the court with him and defended him just for the sake of humanity, for the sake of Rasta, if it had been only because of this boy, I wouldn’t have gone,” he stated while bemoaned over a recent assault launched on him by his own son.

In the viral video sighted by Enewsghana.com, Mr. Marghuy, accused his son of stabbing him in the hand.

According to Mr Tereo, the father of Tyron said this was not the first time his son has done this to him.

He added that Tyron’s mother is behind his recent alleged arrogant and disrespectful behavior.

“This is what Tyron has done to my hands, he spoilt his sister’s tablet and they were supposed to take it to the repairer this morning”, he lamented.

Mr. Marghuy further narrated the incident in the video above, “the sister came to tell me they were taking the laptop to the repairer…, I went to see them in the room and she said Tyron is not ready.

“Long story short, they had an argument and so I went back there to ask him why and he just unplugged the laptop and walked over me. And he’s been doing this all these years, and which his mother tolerates.”

“She even asked me one time why I don’t want anybody to have peace in this house. When my son does something wrong and I’m telling him, she is giving me bull….t,” he added.

“This is the third time something like this is happening because he walked over me and I rushed at him, I wanted to slap him for doing that, he does it every time and he gripped my hand, so hard, I don’t know if he had something or whatever with him, and this is what he has done,” he said.

NSS Personnel Protest In Demand Of Their Unpaid Monthly Allowance