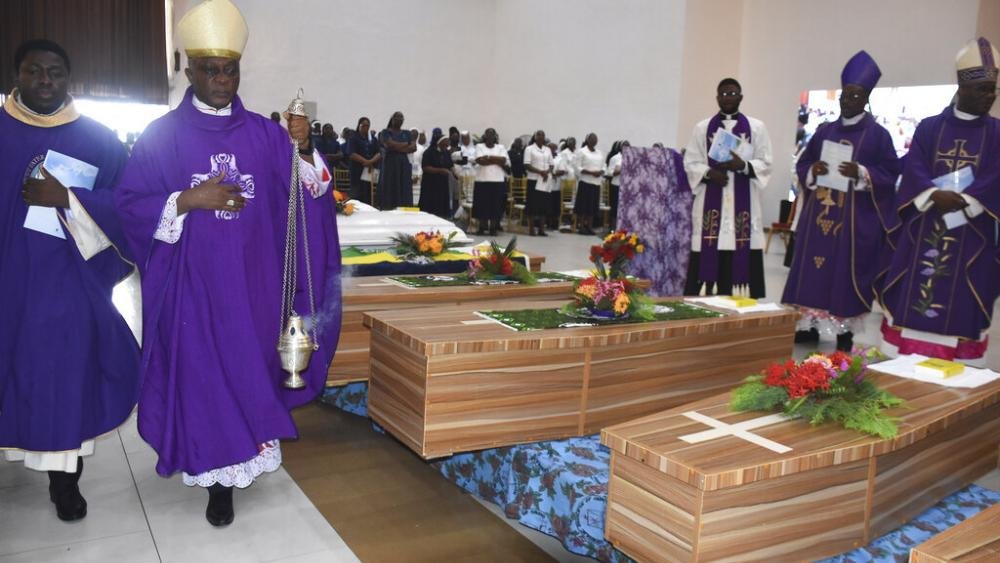 The attack in Kajuru area of Kaduna State targeted four villages, resulting in the abduction of an unspecified number of residents and the destruction of houses before the assailants managed to escape, locals said.

It wasn’t immediately clear who was behind the attack on the Kaduna churches. Much of Nigeria has struggled with security issues, with Kaduna as one of the worst-hit states. At least 32 people were killed in the Kajuru area last week in an attack that lasted for hours across four villages.

Worshippers were attending the church service at the Maranatha Baptist Church and at St. Moses Catholic Church in Rubu community of Kaduna on Sunday morning when “they (the assailants) just came and surrounded the churches” both located in the same area, said Usman Danladi, who lives nearby.

“Before they (worshippers) noticed, they were already terrorizing them; some began attacking inside the church then others proceeded to other areas,” Danladi said. He added that “most of the victims kidnapped are from the Baptist (church) while the three killed were Catholics.”