Twene Jonas Sacked From US Job; He Is Gone Into Hiding - Hopeson Adorye Reveals (Video)
Advertisement 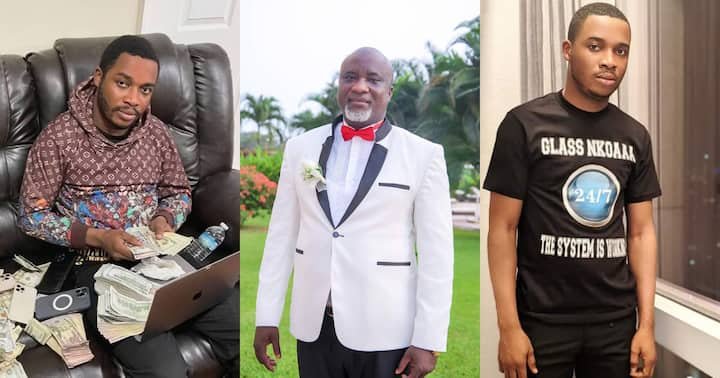 Ghanaian politician, Hopeson Adorye, has been spotted in a new video giving progress report on social media sensation, Twene Jonas, and why he is currently ‘missing’ online.

In a self-recorded video sighted by Enewsghana.com on Instagram, Hopeson Adorye indicated that he was currently in the USA on a mission concerning Twene Jonas.

The New Patriotic Party (NPP) stalwart indicated that he went to Jonas’ place of work where he is a car park attendant.

According to Adorye, Twene Jonas had been fired by his employers because they discovered he was working with fake documents.

He went on to add that Twene Jonas had been taken in by a pastor who was allowing the outspoken Ghanaian to ‘perch’ in his hall.

Hopeson Adorye added that Twene Jonas was currently in hiding, following his unemployment, and was afraid to go home.

According to Adorye, Jonas’ fear of going home stemmed from the fact that he was afraid of being traced by law enforcement agencies which might lead to him being deported from USA.

The NPP stalwart said Jonas’ long absence from social media was due to the fact that his stay in the USA was coming to an end and that going Live on Facebook could lead to his arrest.

Twene Jonas is noted for bluntly speaking his mind and also calling out Ghanaian leaders over the state of the country.

To mark the big day, Citizen Kofi Amoah threw a birthday party in her honour which saw her friends and other loved ones attending.