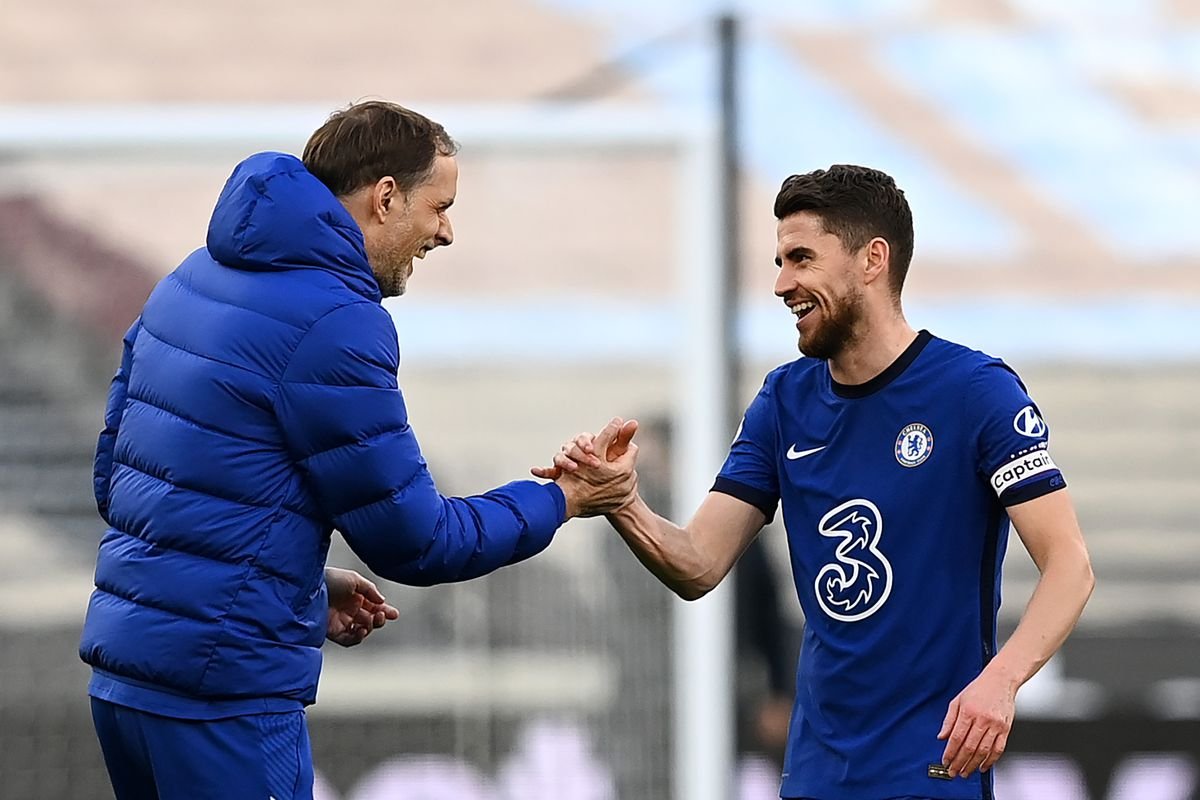 The 29-year-old won the Champions League with Chelsea at the end of May, before playing a pivotal role in Italy’s Euro 2020 triumph and was among the 30 players shortlisted for the Ballon d’Or on Friday.

Lionel Messi is the bookmakers’ favourite win the prestigious award for a record seventh time next month, but Tuchel believes Jorginho should be rewarded for his efforts when the winner is announced in Paris on November 29.

‘Jorginho deserves to win the Ballon d’Or,’ the Chelsea manager said during an appearance at the annual Sports Festival in the Italian city of Trento, according to Football Italia.

‘He’s a very intelligent player and it’s a pleasure to be his coach.’

The award has often been criticised for overlooking players with predominantly defensive duties in favour of goalscorers.

Tuchel suggested that picking a winner from a shortlist of footballers playing in different roles was far from an exact science and it devalued the award.

‘He [Jorginho] has a great vision of football,’ the German added.

‘For me, individual prizes don’t have great significance, it’s impossible to make a real comparison between several players of different roles.

‘I would like one of my players to win it because I would know what the effect would be.

‘Then Jorginho is a great person and an excellent player, but in general it’s not the most important thing.’

The Brazilian-born Italy international is one of five Chelsea players nominated for the award, along with fellow midfielders Mason Mount and N’Golo Kante as well as Cesar Azpilicueta and Romelu Lukaku.

The latter became the Blues’ record signing this summer when he returned to Stamford Bridge in a £103 million deal from Inter Milan seven years after leaving Chelsea for Everton.

Tuchel said the Belgian was a completely different striker from the one who left for Goodison Park in the summer of 2014, following loan spells at West Brom and Everton in the previous two seasons.

‘We were looking for a very physical striker, a point of reference, a player with a personality who could lift the pressure off the shoulders of the younger players and give us the chance to play faster football,’ he said.

‘Returning to England, where he played as a young man, was important for him. I knew he was an extraordinary person.’