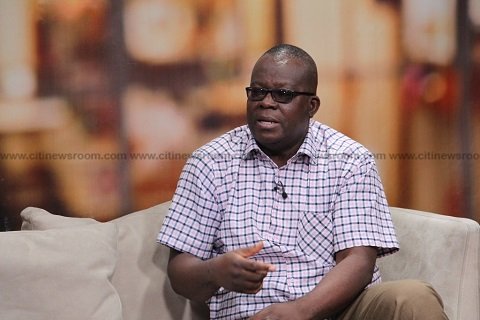 The Trades Union Congress(TUC) has hinted of a meeting to be held Monday January 14, to consider government’s decision to support some solvent but distressed banks using private pension funds without negotiations with fund managers or contributors.

The government announced plans to use two billion cedis of the pension funds through a specially created entity, the Ghana Amalgamated Trust, GAT, to support some five struggling banks to meet the new minimum capital requirement of 400 million cedis.

President of NAGRAT, Angel Carbonu, who spoke to Citi News said the Public Sector Union will not allow the government to take over the scheme contributors fought hard to establish.

“Happily, next week all Public Sector Unions are holding a meeting to take a common decision to protect the funds of our workers. We would have to be very careful with government’s unbridled interference in SSNIT over the years, using workers’ money to support dead projects and agenda that did not give any returns to workers”.

“The tier two is supposed to be controlled by the workers themselves. It is their funds, different from tier one which government has control over. We fought many years to ensure that we have a second scheme that we control, that is the agenda,” he said.

The Ghana Federation of Labour has also expressed looming danger, and demands that government immediately halts plans for the Ghana Amalgamated Trust (GAT) to invest private pension funds into some local banks.

“We think it is inappropriate. We think it is wrong, and we think that it must not be encouraged at all,” the Federation’s Deputy Secretary-General, Kenneth Koomson told Citi News.

Mr. Koomson said the move was too risky despite the good intentions.

The Bank of Ghana Governor at a press conference to present updates of its reform within the banking sector revealed that a special purpose vehicle, the Ghana Amalgamated Trust has been created to support some struggling banks.

The banks selected to benefit from the package are the merged Omni/Sahel Sahara Bank, Universal Merchant Bank, Prudential Bank, ADB and NIB.

Meanwhile, the Chief Operating Officer of Dalex Finance, Joe Jackson is casting doubts over the ability of the Ghana Amalgamated Trust Limited to generate enough funds to revive some struggling local banks.

He expressed worry that the political nature of the entire arrangement will make it unattractive for potential investors.