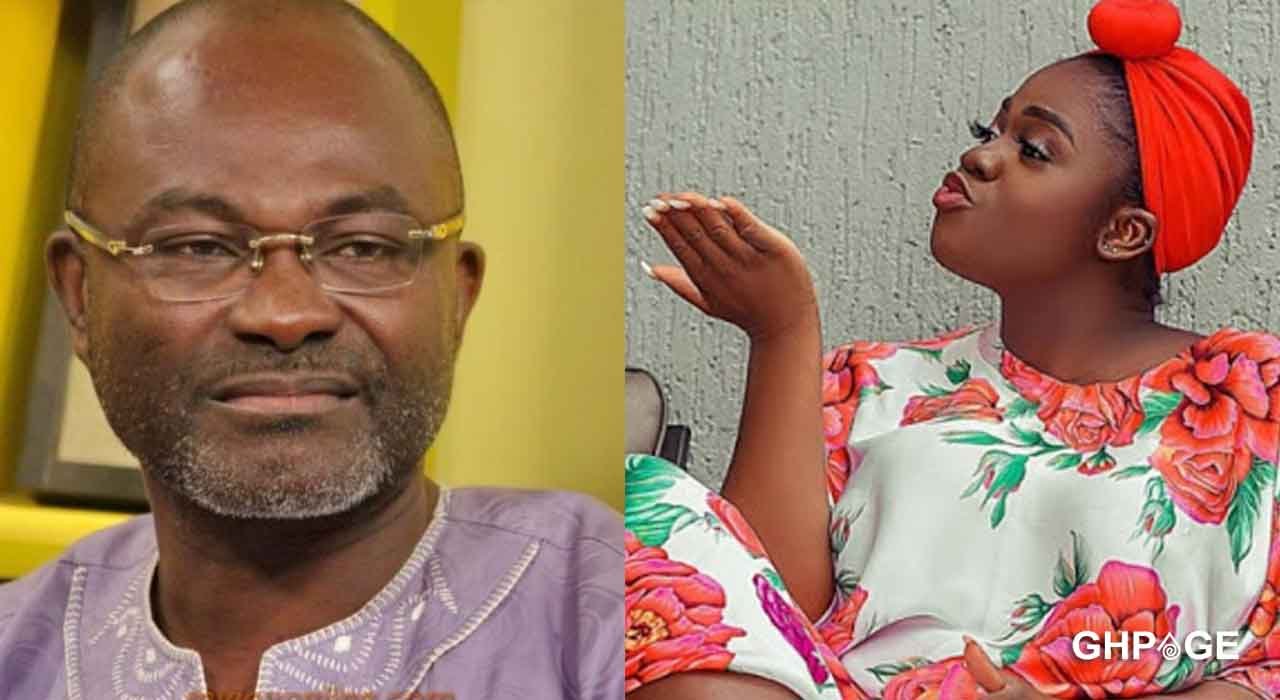 Popular Kumawood actress, Tracy Boakye has blasted the Member of Parliament for Assin Central Kennedy Agyapong following the latter’s decision to mention her name again when he mounted an NPP campaign.

In a video going viral on social media, sighted by Enewsghana.com, Kennedy Agyapong on NPP’s campaign platform at Achiasi in the Eastern Region was seen making the allegation that a flagbearer of a political party in opposition travelled to Dubai to chill with his girlfriends and bought a cheap house for Kumawood actress, Tracey Boakye.

It turns out these wild allegations of Kennedy Agyapong did not go well with Tracey , hence she has also come out to spit venom on him.

In her counter video, the Shakira Movie Productions boss described as frivolous all the claims by Kennedy Agyapong and stated that her baby daddy is not even a politician.

Tracey Boakye went ahead to curse a few times and stated categorically that she is ready to diss Kennedy Agyapong properly if he dares go on this tangent with her.