Samuel Okudzeto Ablakwa, the member of parliament representing North Tongu Constituency, has said that he will be going to the Commission on Human Rights and Administrative Justice (CHRAJ) to file a complaint about one of the trustees on the board of the National Cathedral Secretariat.

In support of his allegations, Mr. Okudzeto Ablakwa iterated that Rev. Victor Kusi Boateng, Secretary of the Board of Trustees of the Secretariat, registered a corporation under a different name in order to conduct business with the Secretariat.

The name Kwabena Adu Gyamfi, who is listed as one of the three directors of JNS Talent Centre Limited, was visible on the passports provided by the politician.

In light of this, the National Democratic Congress (NDC) MP accused the trustee of getting approximately GH2.6 million from the Secretariat for “no job done.”

The Ranking Member of the Foreign Affairs Committee of Parliament asserts that despite variations in age, TINs, occupations, and addresses on the passports, Rev. Kusi Boateng is the same Kwabena Adu Gyamfi.

In light of this, The MP wrote on January 16th,

“From unassailable and irreproachable documents in my possession, Rev. Victor Kusi-Boateng AKA Kwabena Adu Gyamfi uses multiple passports and multiple identification cards with different names and different dates of birth as his special modus operandi.”

“These explosive findings make the conflict of interest charge in the GHS2.6 million scandalous payment by the National Cathedral of Ghana to the shady JNS Talent Centre Limited even more blatant, direct, offensive, and absolutely embarrassing,” he later added. 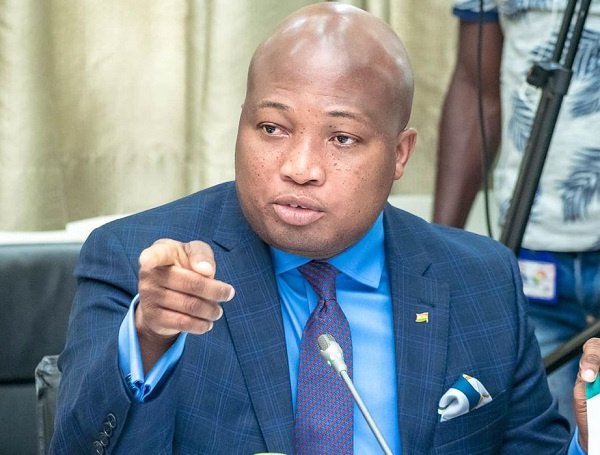 Moreover, the lawmaker says he will proceed to CHRAJ on Monday at 1:00 pm for the corruption-investigating body to invoke “its mandate under Article 218 of the 1992 Constitution to investigate the odious conflict of interest”.

He has also given the Minister for Foreign Affairs and Regional Integration, Shirley Ayorkor Botchwey, notice that he intends to ask her an urgent question when Parliament reconvenes so that she can explain to Ghanaians why Rev. Victor Kusi-Boateng qualified for a diplomatic passport and what kind of due diligence, if any, her ministry may have conducted.

Moreover, he added that he will also ask the Finance Minister, Ken Ofori-Atta, an urgent question about precisely what JNS did to merit the transfer of GH3.5 million and why that transaction did not appear in his GH339 million cathedral withdrawals as they were given before the Vote of Censure Committee.

This Will Take A Toll On The Budget: Ken Ofori Atta On 30% Salary Increment