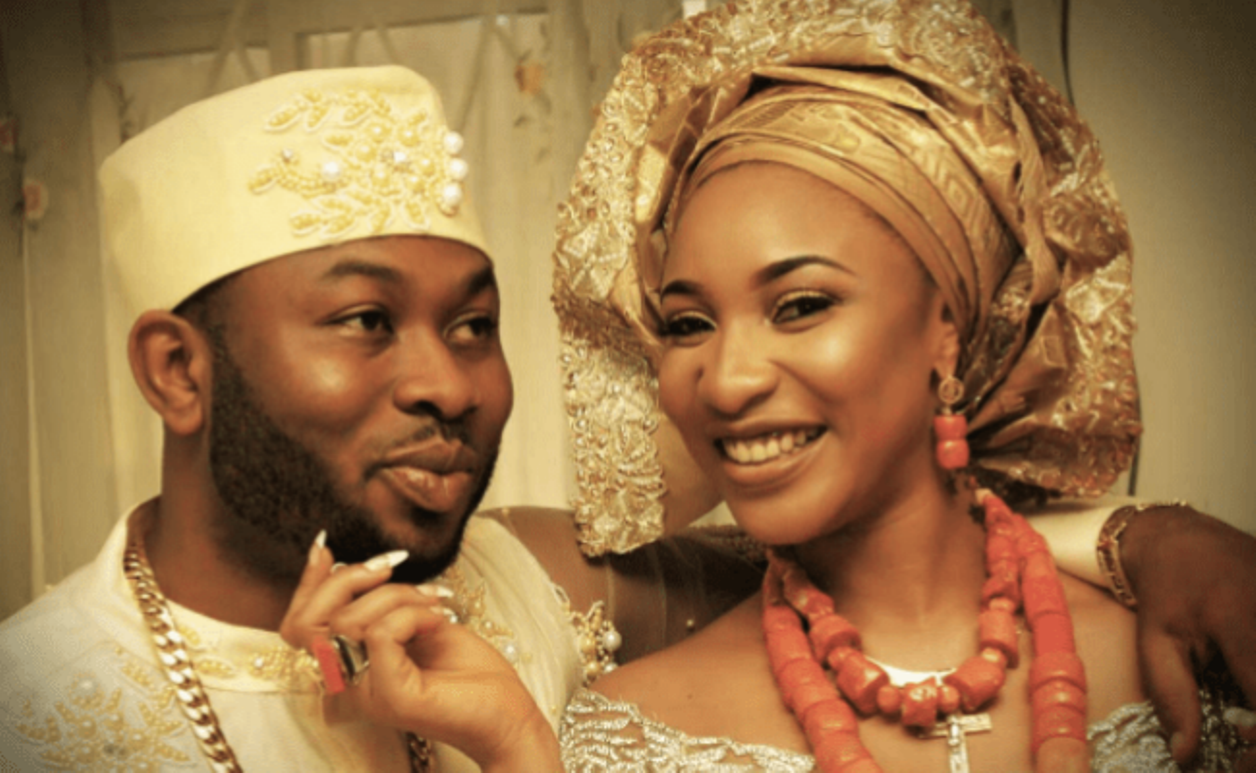 Nollywood actress, philanthropist and Humanitarian, Tonto Dikeh, has said in an interview with journalist, Dele Momodu, that she has forgiven her ex-husband, Olakunle Churchill, for the sake of their child, King Andre.

Tonto Dikeh who was speaking on the importance of forgiveness, said she has come to realise that forgiveness is not about the next person but about one’s self.

She said she has gotten to read the part of the bible where God said he wouldn’t forgive us if we do not forgive others. She added that she forgives easily now but doesn’t like being provoked by the things a person does after she has forgiven him or her.

When asked about her attitude to forgiveness and vindictiveness, she said:

“A man I love and respect always, talked to me about forgiveness and I have come to realize that forgiveness is not about the next person.

“Forgiveness is a whole lot and I only just realized that the bible says that if we do not forgive, God cannot forgive us. All these things are in the bible but it never really made an impact to me until someone really explained it.

“So today I would tell you that for me it comes really easy. I forgive a lot but I just don’t like to get provoked by the things that you do after it. I think forgiveness is an essential for ones growth,” Tonto Disclosed.

Asked if there is anyone she would never forgive in her life, Tonto replied that there was no one and that she has forgiven all her adversaries.

”As at this moment, there is nobody I have not forgiven as of today 26 July 2020. There is nobody I hold a grudge on but there are people who I have forgiven but I would never have a relationship with again” She stated.

Tonto Dikeh also revealed that she has forgiven her baby Daddy despite all the mistreatment he meted out to her.

Oh yes, especially him. I forgive him and wish him the best, for my son’s sake. I do. Why not?” She quizzed.

She also spoke about her career as an actress where she said she has rejected certain movie roles to avoid been stigmatized .

Citing Pete Edochie as an example of an actor who has been stereotyped over the years, Tonto said she has often rejected the attempt by the movie industry to get her to always feature as a particular character. She wondered why Pete Edochie still accepts just the same role where the only thing that changes is his name in the movies.

When asked if she has rejected roles in a movie, she responded

”Yes I did. I was one artiste who didn’t like to be stereotyped and Nollywood has this habit. If you watch most of Uncle Pete Edochie’s film, it never changes. Only his name changes. His words never changes, his character never changes, nothing changes. Sometimes his clothes even changes but his name is the only constant thing that changes. They always give him the same role all the time and I wonder why he takes it but then again he is a veteran so I am never going to question that.

I said that to say this. Sometimes when you are good at a role, Nollywood would want to impose that role one you . They would want to give it to you until the whole wold gets tired of your talent because you are playing just one particular role,” Tonto added.

Related Topics:Tonto Dikeh
Up Next 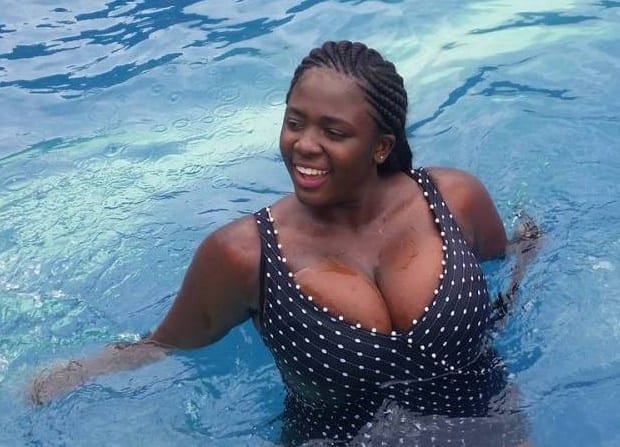 The announcement was made in a press release copied to the media and signed by James Aboagye, President of FIPAG.

Tracy, also a film producer, in several live videos on Instagram threw caution to the wind and used vulgar and unprintable words against MzBel.

The statement states that Tracey Boakye is “not supposed to take part in any activities during this period until the situation is reviewed.”

Read the full statement below,

“Our attention has been drawn to recent publications and circulation of videos on social media showing pistons of vulgar and unprintable exchanges between Tracey Boakye and musician MzBel.

The contents was so bad and affront to our Ghanaian Cultures, Traditions, and Sensibilities. The Film Producers’ Association of Ghana (FIPAG) finds their actions very regrettable especially that of Miss Tracey Boakye, who happens to be an actress and a Film Producer and therefore supposed to serve as a role model.

The Film FIPAG wishes to render an unqualified apology to the general public and man involved for her behavior as that display of character does represent what the film industry stands for or wishes to propagate.

We wish that Ghanaians will find a space in their hearts to forgive her.

In view of this, FIPAG has immediately suspended miss Tracey Boakye indefinitely. She is not supposed to take part in any of the activities during this period until the situation is reviewed.” 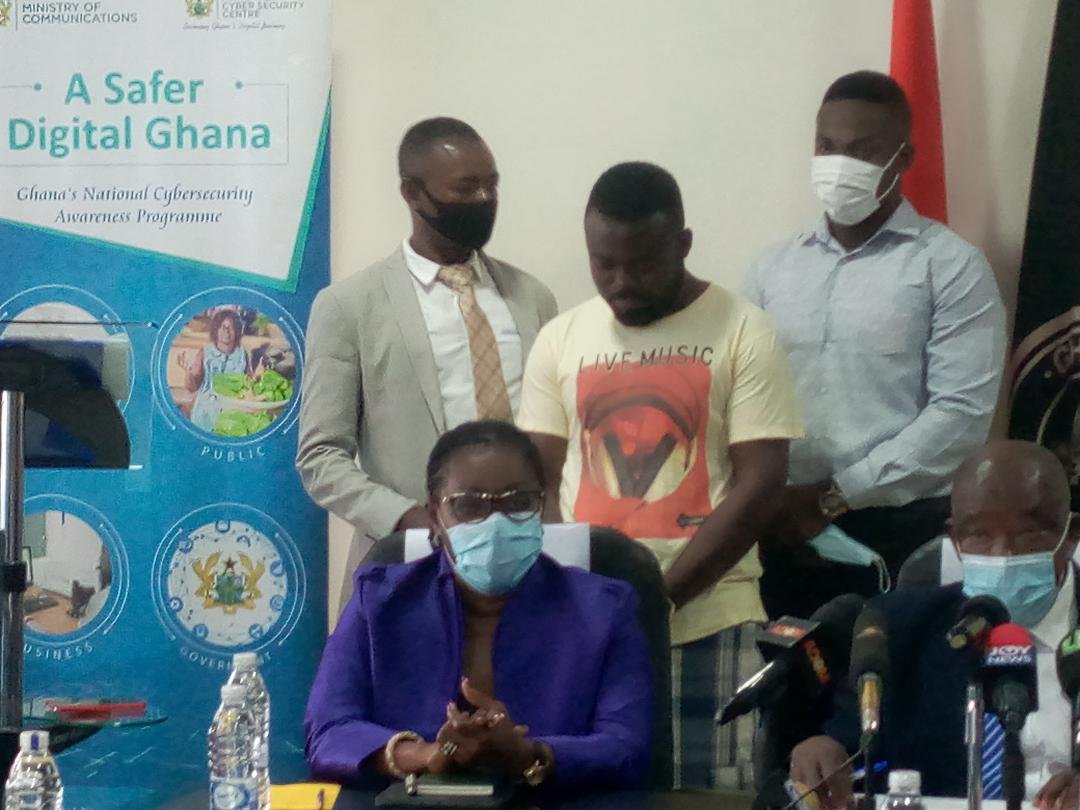 The operator of empress leak – a site devoted to child pornographic and adult sexual content – has been arrested for alleged sextortion.

Ghana’s Communications Minister, Mrs. Ursula Owusu-Ekuful made the disclosure on Monday at a joint press briefing.

Addressing the media, she noted that, an investigation to clamp down on activities of empress leak was launched after a female Senior High School student, filed a report on January 6th, 2020, with the Computer Emergency Response Team (CERT-GH) of the NCSC. The report by the victim who is below 18 years, was to alert the CERT-GH team of an uploaded sexually explicit video of her to the website.

The Minister further noted that, preliminary investigations uncovered information on the website’s registrant information, associated domain names, email addresses, telephone contacts as as well as residential address of the administrator.

She said “As part of Government’s efforts towards the protection of Ghana’s cyberspace, the National Cyber Security Centre in 2019 launched a Cybercrime/Cybersecurity Incident Reporting Point of Contact (PoC), to provide an effective mechanism for citizens to report suspected and identified cyber crime and cybersecurity incidents.”

The Minister stated that since the operationalization of the PoC, the NCSC has received countless cybercrime/cybersecurity incidents reports from the public. Key among these reports are the publication of non-consensual intimate images (sextortion), online impersonation, online fraud, malware attacks, online blackmail, website defacement, among others.

According to her, sextortion and distribution of sexual images of individuals are gradually becoming a canker in the Ghanaian cyber space, due to the trusting nature of most Ghanaians.

“Out of a total of 296 cases received by the National CERT between January 1 to June 30, 2020, 27% of the cases, representing a total of 79 cases, are related to either sextortion non-consensual sharing of intimate images or child online abuse”, she said in a report by Starrfm.com.gh.

She stressed that these criminal acts are perpetrated by malicious individuals who build acquaintance with unsuspecting victims on platforms such as social media, dating and adult website through the use of fake identities.