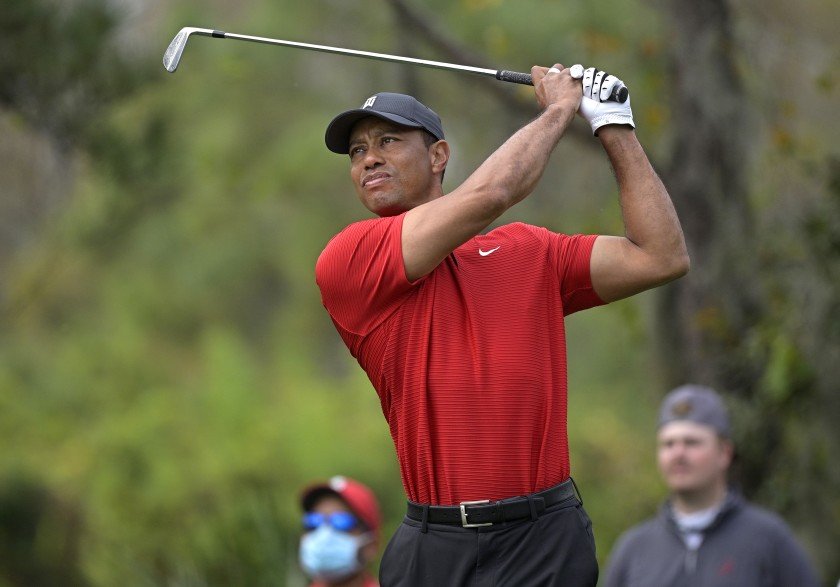 Golf legend, Tiger Woods, has been taken to hospital with ‘multiple leg injuries’ after his car ‘sustained major damage’ in a crash.

The statement read: “On February 23, 2021, at approximately 7:12 AM, LASD responded to a single-vehicle roll-over traffic collision on the border of Rolling Hills Estates and Rancho Palos Verdes. The vehicle sustained major damage.

“The driver and sole occupant was identified as PGA golfer, Eldrick ‘Tiger’ Woods. Me Woods was extricated from the wreck with the ‘jaws of life’ by Los Angeles County firefighters and paramedics, then transported to a local hospital by ambulance for his injuries.

“The traffic investigation is being conducted by investigators from LASD Lomita Station.”

Video images of the scene showed the black sport utility vehicle resting on its side some 30 feet off the roadway, its front end badly damaged and surrounded by debris. The jaws of life refers to tools used to pry open vehicles involved in accidents when a victim may be trapped.

“Tiger Woods was in a single-car accident this morning in California where he suffered multiple leg injuries. He is currenty in surgery and we thank you for your privacy and support.”

The 45-year-old Woods is a former golf world number one, with 15 major championship wins, most recently winning the 2019 Masters after a lengthy period out of form.