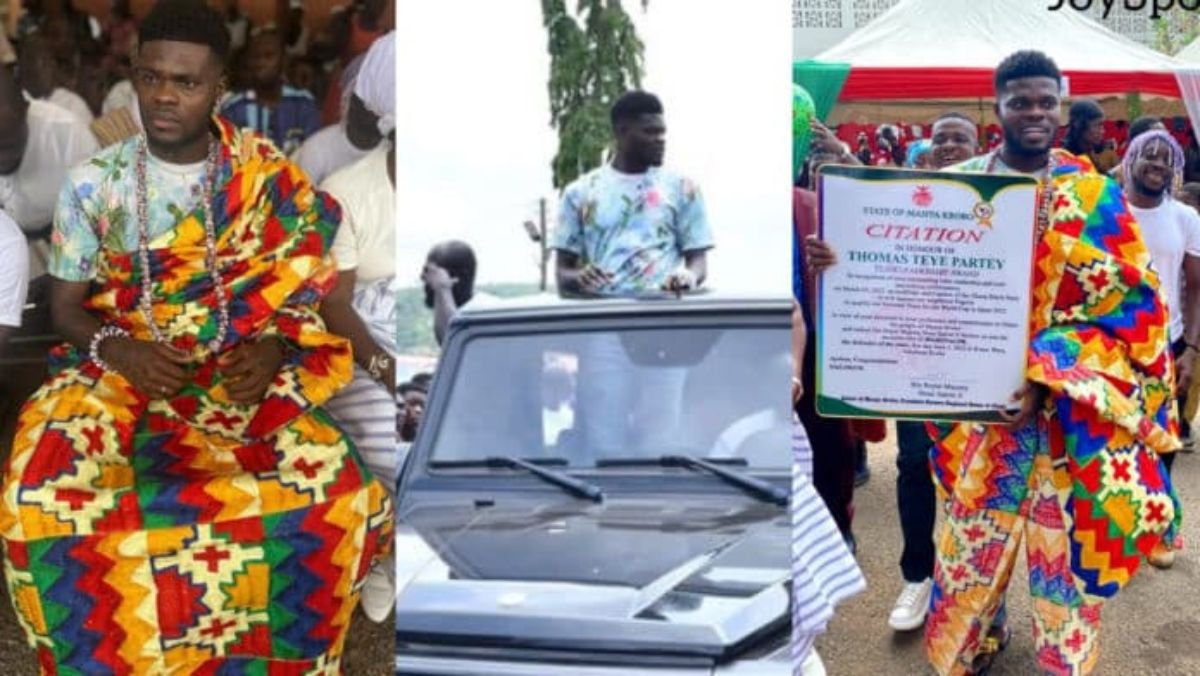 Ghanaian footballer Thomas Teye Partey has been installed as Development Chief of his hometown, Manya Krobo, in the Eastern Region of Ghana.

The local title “Mahefalor” was bestowed on him by Nene Sakite II, the chief of Krobo Traditional Area after the necessary rites were performed.

The Arsenal midfielder was paraded across principal streets in Krobo as he was unveiled to the people who jeered and cheered.

Thomas Partey has been an instrumental player not only in his club Arsenal but also in the Black Stars. It was his solo goal against Nigeria that qualified Ghana for the 2022 World Cup in Qatar.

Check out the photos below…

Arsenal Star Thomas Partey honored by his hometown with the title of "Mahefalor". Was done by the chief of Krobo Traditional Area Nene Sakite II.

Goal he scored that qualified Ghana to #Qatar2022 was particularly cited. pic.twitter.com/Te0lsZm15v

Meanwhile, in the absence of Thomas Partey, the Black Stars of Ghana won their opening match against Madagascar by smashing them 3-0 at the Cape Coast Stadium last Wednesday night.

Partey missed Black Stars AFCON 2023 qualifiers opening against Madagascar due to an injury.

Goals from Kudus Mohammed, Felix Afena-Gyan were enough to hand Black Stars their first win in Group E of the 2023 AFCON Qualifiers games.