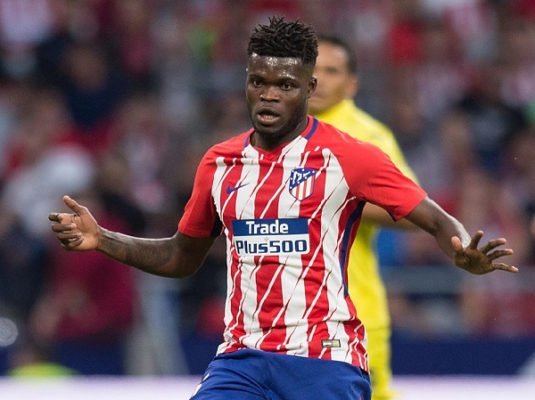 Atletico Madrid midfielder Thomas Partey is happy to have played his first preseason game which ended in a win against Italian giants Juventus at the Friends Arena in Sweden.

Atletico defeated Juventus by 2-1 in the International Champions Cup played on Saturday.

Record signing Joao Felix got the two goals for the Madrid club while Khedira pulled one back for the Italian Champions.

The Ghanaian International who missed Atletico Madrid’s tour to the USA due to his involvement with Ghana at the Africa Cup of Nations made his debut for the club ahead of the new season as he came off the bench in the second half.

Partey had a decent game and helped his side to secure the win.

“Great team performance, happy for my first minutes to prepare for the season ahead”, Partey indicated on his page.