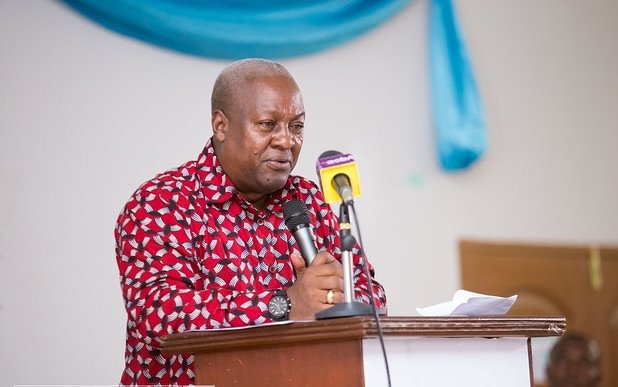 Former President John Dramani Mahama has alleged that the National Democratic Congress (NDC) would have won majority in Parliament if there was no arm-twisting in the 2020 election.

He said the NDC was on the verge of winning more seats in parliament until soldiers were brought in to twist their arms.

He, however, stated that both the NDC and the New Patriotic Party had 137 each in parliament, thereby, making it a hung parliament. He stressed that there is no Majority in Parliament.

Mr Mahama was hopeful that the hung parliament will check rot in government.

“As we speak, there is no Majority, there is no Minority. This is a good outcome for the people of Ghana, because it takes the impunity that normally the ruling party has when it has an overwhelming Majority in Parliament.

“In the first term, when the NPP had 169 seats in Parliament, they just railroaded everything through Parliament without consideration. But now, it is not possible for them to do that because they have the same number of seats the NDC has,” he stated.

Addressing chiefs and people of the Upper West region as part of his ‘Thank You Tour’ on Monday, Mr Mahama expressed gratitude for the overwhelming support the NDC garnered from the region during the 2020 elections.

“We increased our seats from 106 to 137 seats and we brought the NPP from 169 to 137. But for the arm-twisting that they twisted against us in some constituencies, we would have had the clean Majority in Parliament,” he said.

The former President urged the government to prioritise the equipping of old hospitals to work than building new ones.