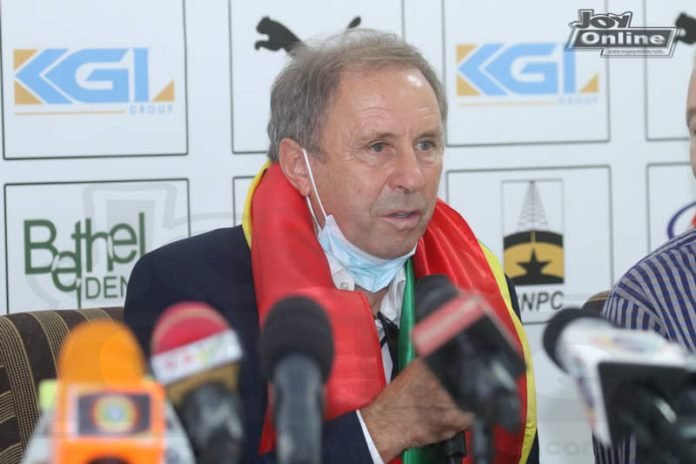 Ghana coach, Milovan Rajevac, says he is confident his side will put up a good fight and win the 2021 Africa Cup of Nations [Afcon] next year.

The Serbian tactician on Tuesday at the Ghana Football Association [GFA] named his 30-man provisional squad for the 33rd edition of the Afcon scheduled to be hosted in Cameroon.

Quizzed if the provisional squad is capable of ending the 40 years trophy drought, the 63-year-old gaffer said he strongly believes in the players he has assembled and will make sure they put up a good fight.

“I strongly believe this group of players is ready to fight for the country, they are ready to step up and make the country and themselves proud,” Rajevac said yesterday.

“All of us are aware of the challenge and we are going to do our best to achieve this goal to win the title,” he added.

The Black Stars have officially opened camp today in Doha and will have a 17-day training camp in preparation for the Cup of Nations which kicks off on Sunday, January 09, 2022.

The team will play three friendly games before jetting off to Yaounde for the tournament.

The Ghana Football Association has already concluded talks with Algeria while engagements are ongoing for two additional matches.

Ghana is housed in Group C alongside Morocco, Gabon and Comoros.

Share with Friends:
Related Topics:2021 AFCONFeaturedMilovan Rajevac
Up Next