Teacher Kwadwo Claim 99.9% of Ghanaians Who Say DKB is Not Funny Has never witnessed Him Perform
Advertisement 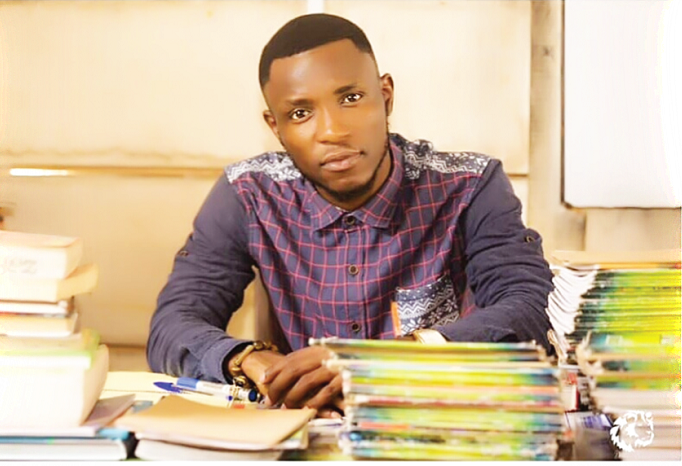 After Big Brother Africa ejected DKB and Zainab for breaking the no violence rule, DKB return to Ghana and took the stand up comedy by storm. Headlining shows both in Ghana and Nigeria, DKB became a household name especially to those in the comedy fraternity. We have seen many people criticizing DKB to the extent of questioning his comic prowess.

But on a reverse angle, fastest rising comedian Teacher Kwadwo thinks those who criticize DKB don’t watch him perform. They just jump on trends and make final conclusion. He made this statement on his Facebook Wall captured by ENEWSGHANA.COM

He Wrote; 99.9% percent of people claiming DKB isn’t a funny COMEDIAN hasn’t even witnessed him perform. They saying he ain’t funny either because they hate something about him personally, maybe following people to say something negative without proof or for whatever reasons best known to themselves.

Earlier this year, I went to a STAND UP Comedy Show with Ellen Appiah Whyte. When DKB came on stage, she laughed from beginning to the end and she asked me…..”Is this the DKB they are saying he ain’t funny?”

His Jokes are funny and at the top!!!
Charlie wotan Ɔkwaduo a,na wayi no mirika. 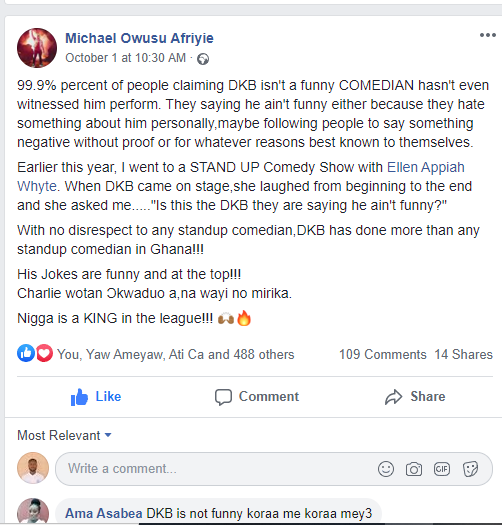 Share with Friends:
Related Topics:Big Brother AfricaDKBTeacher Kwadwo
Up Next