Supreme Court Dismisses Injunction Against Amewu, Says He Is Not Responsible For EC's Incompetence
Advertisement 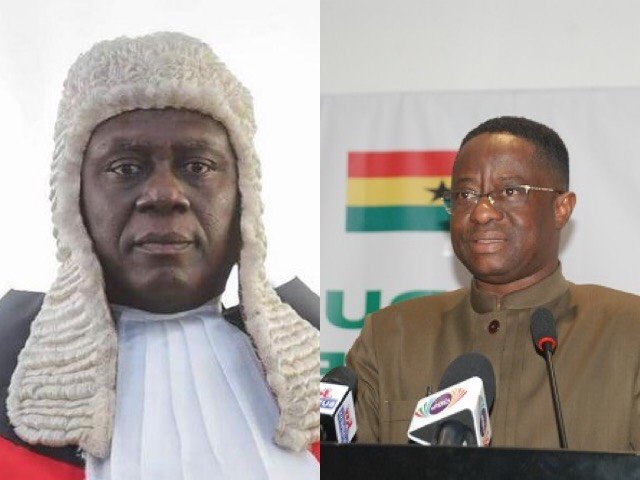 The Supreme Court has given a ruling on whether or not to uphold an injunction placed on the gazetting of the New Patriotic Party (NPP) Member of Parliament (MP) elect for Hohoe, Mr John-Peter Amewu, by the Ho High Court. The apex court voted 5-0 in support of government’s petition.

READ ALSO; If You Have Nothing To Do, Arrest Ken Agyapong For Threatening Mahama’s Life Before You Come After Us – Ras Mubarak Fires Police

“John Peter Amewu has nothing to do with the inability of SALL to vote. It is an issue between the Applicants and the Electoral Commission.”

“We are not here to determine whether John Peter Amewu was validly elected or not.”, as quoted from the judgement of the verdit.

This means that the Member of Parliament(MP)-elect for the Hohoe constituency has indeed been duly cleared as part of Members Elect of the 8th Parliament of the 4th Republic and could be so gazetted.

This comes after the Wenchi High Court moments ago threw out a similar injunction against the swearing in of Techiman South MP elect Martin Adjei Korsah.

First Deputy Speaker, Joseph Owusu Says Those Who Were K!lled By Armed Men During The 2020 Elections Are Armed Robbers