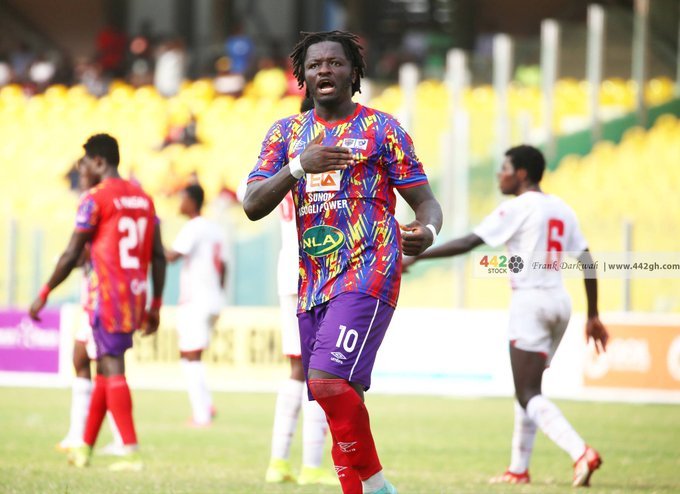 Dr Nyaho-Nyaho Tamakloe, Hearts of Oak board member, has disclosed that Sulley Muntari is willing to play for the club at a cost of just Ghc1.

The former Inter Milan star, following his return to the Ghana Premier League, has been emotional with numerous averring on his addition into the Black Stars team for the 2022 Fifa World Cup playoffs against Nigeria latterly this month.

The 37- year-old has made five appearances for the reigning Ghana Premier League titleholders, recording two assists and scoring a goal in the process.

It is still understood that the club has began negotiations with the Sulley Muntari to renew his stay with the club.

During an interview on Asempa FM on the Ultimate Sports Show, Dr Tamakloe disclosed that the ex-Balck Star player is happy at the club and is willing to accept Ghc1 to continue to play for the club.

Muntari played a vital part when the Phobians defeated Asante Kotoko to win the 2022 President’s Cup at the Accra Sports Stadium.