MTN to Invest US$ 1 Billion in Infrastructure by 2025 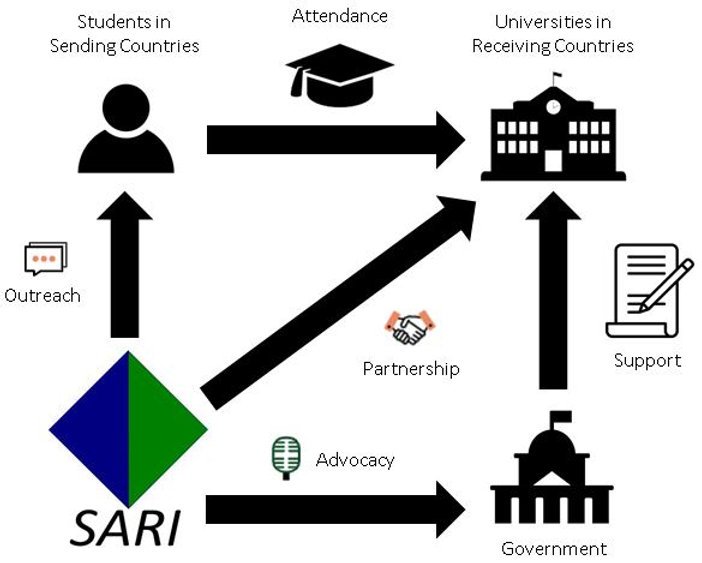 Japan is an overlooked destination for African youths to pursue higher education. This is a shame considering all the potential benefits African students can get from the country. As Xiaochen Su, the managing director of Tokyo-based Study Abroad Research Institute (SARI), argued in a recent article, Japan seeking to welcome more African students by offering cheap tuition and a large number of scholarships in an ever-expanding pool of programs geared toward foreign students. Students who attend Japanese universities are expected to earn high wages in part-time jobs outside school, and even higher salaries in full-time positions after graduation. Considering that only some 7,000 African students currently study in Japan, study abroad opportunities in the country are much underexplored.

The first and foremost obstacle African students need to overcome is the language barrier. Despite recent efforts among top Japanese universities to introduce programs that allow students to graduate by just taking classes taught entirely in English, such programs are still in the minority. The vast majority of universities and programs remain exclusively in Japanese, intended for students who can proficiently comprehend lectures and written materials in the language. Moreover, the vast majority of part-time and full-time jobs in Japan, including those available to foreigners, require the ability to conduct business communications in Japanese. For students who intend to make money while living in Japan, knowing the language will be essential.

Read Also:  Interest Rate on MTN MoMo Loans to go up in the Coming Weeks

However, considering that more than 300,000 foreign students already study in Japan today, a standardized process is already in place to help these students acquire Japanese language skills they need for school and work. Many universities work with some of the more than 2,000 Japanese language schools located throughout the country, putting foreign students through intensive language training before enrolling them into the university itself. With experience teaching hundreds of thousands of foreigners, these language schools have perfected their curriculums to ensure foreigners with no prior knowledge of Japanese can be prepared for academic and professional work in the shortest amount of time possible. Foreign students should not worry about the prospect of learning a brand-new language, as language schools will ensure that students are linguistically ready before they step into a university.

Cost is a second obstacle for African students wishing to study in Japan. Given the distance between Africa and Japan, not only tuition and living expenses, but the cost of simply flying across the world can be prohibitively high for many Africans. Indeed, there is no doubt that living in Japan can be much more expensive than in many African countries, and the savings of African families may not be enough to financially support a student studying full-time in a Japanese university.

Read Also:  MTN to Invest US$ 1 Billion in Infrastructure by 2025

However, Japan also provides plenty of ways for foreign students to make ends meet once in the country. The Japanese national government keeps records of more than 120 scholarship programs operated by governments, private companies, and charitable foundations solely for foreign students. Many of these scholarships not only cover tuition fees, but provide free airplane tickets for students to travel to Japan, and a monthly cash stipend to cover their living expenses. Foreign students can also leverage their ability to work part-time with their student visa to earn extra income, which can be more than sufficient to cover all spending in the country given Japan’s relatively high wages compared to living costs. With many different ways of earning money while studying, foreign students should not worry about not being able to pay for their education and living in Japan.

African students may in particular have difficulties being accustomed to Japanese culture. With limited information about Japan and few chances to meet Japanese people in their African hometowns, students may find it difficult to understand some customs and characteristics of Japanese culture when they first arrive in the country. The difficulty of understanding the culture may affect their relationships with Japanese classmates or government and university staff in detrimental ways.

Read Also:  MTN to Invest US$ 1 Billion in Infrastructure by 2025

Thankfully, given a large number of foreign students in Japan, there are also plenty of others experiencing the same kinds of culture shock. Asa result, foreign students have developed communities in their universities and online to provide new arrivals with practical knowledge on how to navigate the country and its unique “ways of doing things.” Newly arriving foreign students will find their countrymen and other foreigners who arrived in Japan years ago quickly and eagerly sharing their knowledge of the country. Many foreigners, themselves helped by others when they first arrived, are more than willing to help new foreigners to resolve difficulties of cultural communication. With their hands-on support, many foreign students quickly adapt to Japanese culture.

Given that the language, cost, and cultural problems of studying in Japan can be overcome, African students still face a lack of information on how to apply to Japanese universities. SARI works with a group of partner universities in Japan to provide information to African students on how to get into the programs they offer. Students who are interested in studying in Japan should fill in SARI’s sign-up sheet and follow the organization’s Facebook and LinkedIn pages so that they can get more information about Japanese universities taking in foreign students soon.

Share with Friends:
Related Topics:SARIScholarships in Japan for africansStudying Abroad in JapanTokyo-based Study Abroad Research Institute
Up Next