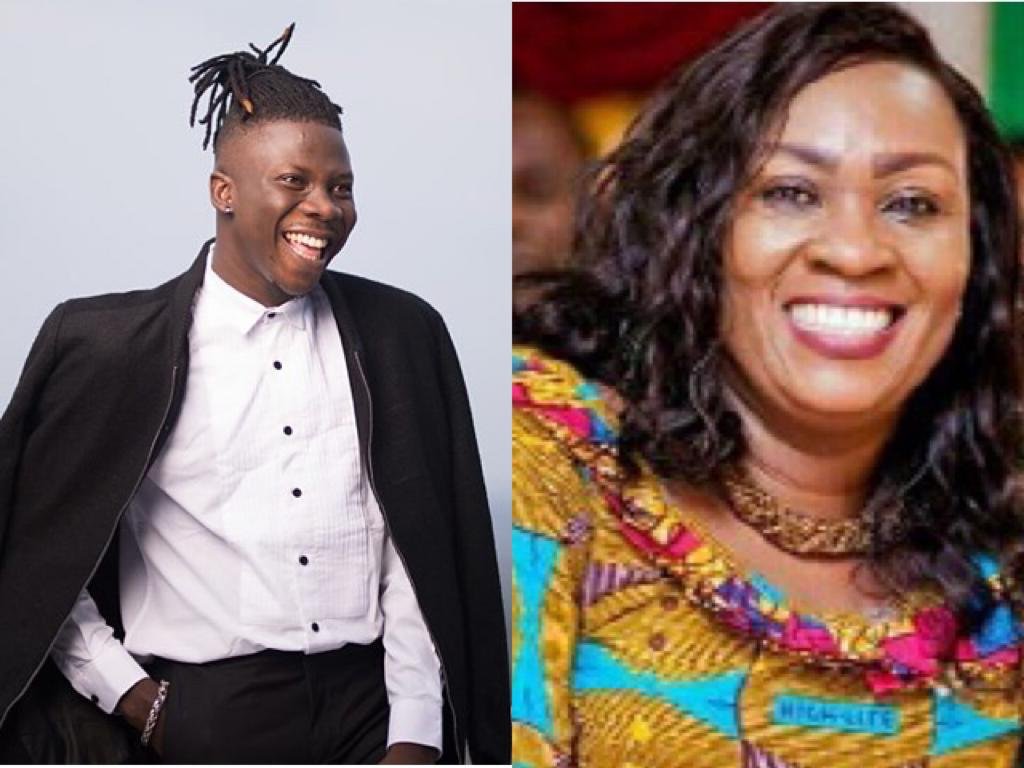 Afro-dancehall artiste, Stonebwoy, has described the firing of warning shots by Madam Hawa Koomson at the registration centre in Kasoa as very disturbing and unfortunate.

According to him, the laws of the country are very rigid when you get yourself into its hands. He advised that the displaying of firearms and its shooting is not acceptable thus the law must be allowed to take its full course.

Juxtaposing his incident at last year’s VGMA with the one committed by the Minister for Special Initiatives at a registration centre, Steps to Christ, in the Awutu Senya East constituency, Stonebwoy said, both incidents are very unfortunate and must be subjected to the laws of the state without any favouritism.

“I believe that both incidents are unfortunate. These things are not to be happening in any way in the country where we all want peace and especially in election times.

I know the law works except you haven’t got into space before to understand that the law really works. Let us continue to stay away, as youth, from things that will cause us problems and cause the right arm of the law to come upon us,” he said in an interview on 3FM”.

READ ALSO; ‘You are a prostitute if you sleep with a guy who is not married to you’ – Tracy Boakye

Stonebwoy expressed concern at the show of laxity by the security forces at bringing the minister to book especially with how his incident was treated with the speed of the wind as he was rounded up immediately after the event at the Fantasy Dome.

He added that some people are treated with kids gloves when they go wrong but the poor and vulnerable are subjected rigorously to the law without favour.

“I have had a lot of complaints. But I wouldn’t play dead to what we face as a system. You’ll find out that poor people face the worst treatment,” he added

Stonebwoy is still in court after he threatened Shatta Wale with a pistol he wielded at the previous edition of the Vodafone Ghana Music Awards…his action has since been condemned and described as very irresponsible especially as he was a role model to many young persons.

Stonebwoy and Shatta Wale have settled their differences but the law is still dealing with the case irrespective of who was involved.