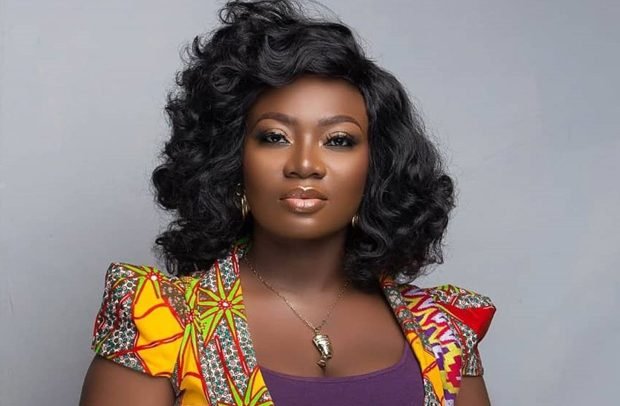 Ace television personality Stacy Amoateng who doubles as the Executive Director in charge of television and radio at Angel Broadcasting Network is counting her blessings after she was announced winner of the Super Woman of the Year category at the Women Choice Awards Africa event held over the weekend.

This is her third win in two months having received an honorary award at the Humanitarian Awards Ghana on October 3 and Most Outstanding Female Personality award at the Pan-African Heroes Awards in September.

“This is to every young girl with a dream and the passion to achieve. It is to every woman who beats all odds to make things happen irrespective of how ugly the tide gets. It is to the woman whose voice was shut but screamed from her lungs for her voice to be recognized. This is to the woman people looked down on and said she couldn’t not be successful but is the definition of success. This is to the nay sayers to the power of women. We are capable, we are competent, we are possible. To God be the glory,” Mrs. Amoateng said in her social media post as she flaunted the plaque.

In another post, the celebrated media mogul was captured expressing gratitude to God while dancing to Celestine Donkor’s ‘Agbèbolo’ – a song that proclaims God’s favor.

She also uttered words of appreciation to her family, production team, fans as well as management and staff of Angel Broadcasting Network.

“You are the reason I strive to be an awesome role model,” she said.

Produced by Global Ovations Limited, the Women’s Choice Awards Africa is an initiative aimed at honouring “women and men who passionately advocate for the empowerment of girls and women and others who get inspired from the works and services provided to empower women in their decision making to be a catalyst for creative solutions that fosters ongoing success in life, career and in business.”

I continue to be in awe at the goodness of God. I can't thank God enough for his continuous mercy upon my life. I thank my husband who has consistently called me his Super Woman. Thank you for constantly pushing me to be a better woman. I love and appreciate you always @quophiokyeame .To my children @kali.starrr @effybeyonce @jojoamoateng ,you are the reason I strive to be an awesome role model. To my Team at Restoration, you guys are amazing.To the the management and staff of Angel Broadcasting Network especially the CEO @bteflon ,thanks for trusting my capabilites. A big thank to all of you amazing fans who keep making me great by the day. I respect and salute you. To God be the glory. We keep winning.