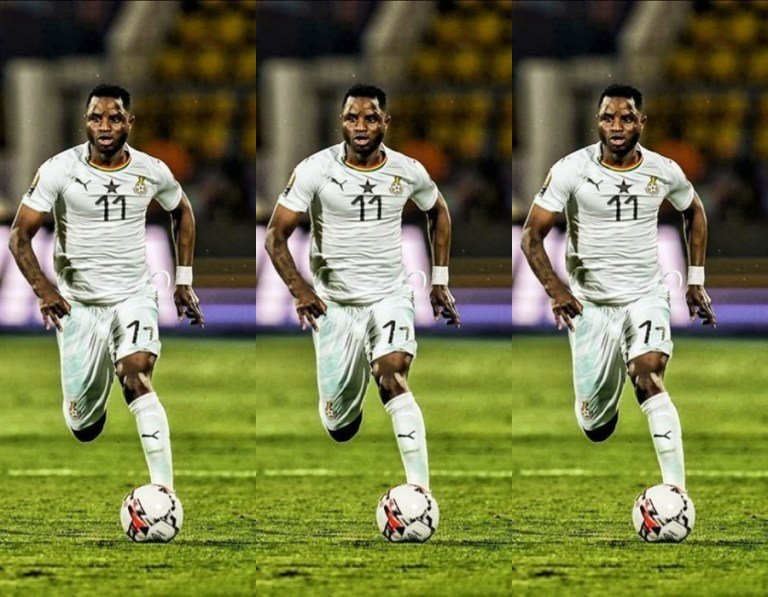 Black Stars midfielder Mubarak Wakaso is of the view that Ghana’s senior national team (Black Stars) is full of politics and that has facilitated in the trophyless run for the team.

Ghana, four-time African champions, are without a major trophy since 1982 and the midfielder believes football politics is undermining their capabilities of winning a trophy.

“I will speak the truth today, do you know our problem with the game? Maybe we know but we don’t want to say it but I think politics ruin the Blacks Stars at times,” the former Alaves star revealed in an interview with Angel TV.

According to him, anytime a new government assumes office, being it either NPP or NDC they try to use the Black Stars to fight each other politically which brings down the spirit of the team.

Wakaso has been an integral member of the Black Stars and was part of the squad that reaches the finals in the 2015 Africa Cup of Nations.

So far, he has had eight years stint with the Black Stars.

Related Topics:FeaturedMubarak Wakaso
Up Next 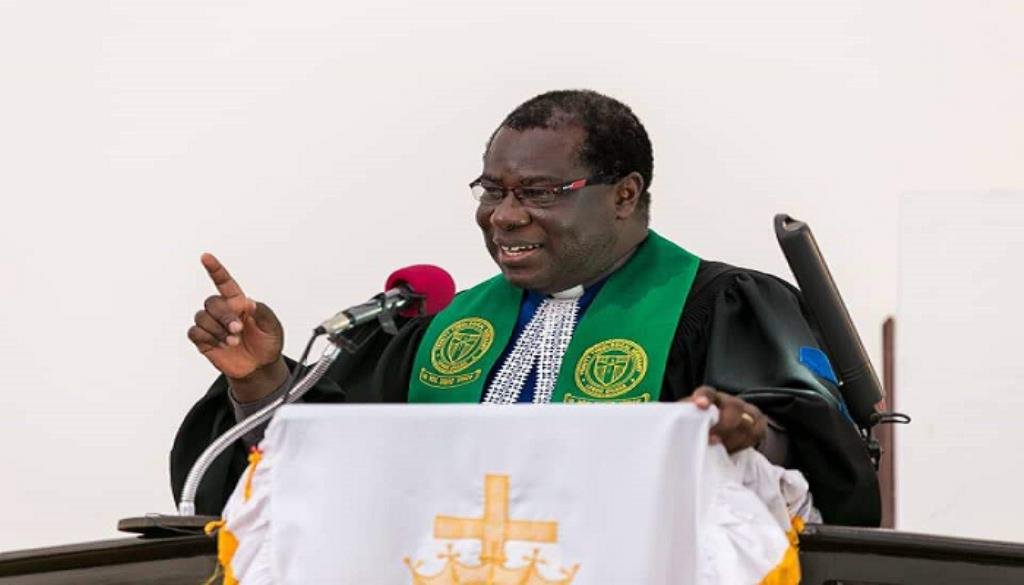 It is no news that the voter’s registration exercise has been marred with many instances of a “deliberate agenda of tribal discrimination,…to frustrate and disenfranchise Ghanaians of certain tribes from acquiring Voter ID Cards that will qualify them to exercise their democratic right to choose a President and Members of Parliament on 7th December 2020”.

This is very evident in the Volta Region, specifically the Ketu South District and the Banda in the Bono region, where there are Voltarians there who are perceived to vote against the ruling government.

READ ALSO; You Do All – President Akufo Addo Finally Congratulates Shatta Wale For His Collaboration With Beyonce

There are confirmed reports and videos where Voltarians who can not speak Twi or Ga but only Ewe are told by the military personels not to register.

There are also reports from Banda where Voltarians who have lived there all their lives are being prevented from registering to vote.

However, the NPP has said that the NDC has resorted to undermining the simple, civil and peaceful exercise of voter registration into one of ethnocentrism through outright fabrications, needless exaggerations and old-fashioned fear-mongering and propaganda tactics.

There is a loud public outcry from the general public to get leaders to address the unfortunate issue but the president publicly stated that he has absolutely no knowledge of any incident at any polling station in the country.

READ ALSO; Policemen Allegedly Attacks People In A Vehicle To A Funeral In The Volta Region On Suspicion Of Going To Register To Vote

Surprisingly, the Christian Council of Ghana has come out to say that God will deal with politicians using tribalism to score political points.

In an interview with Samuel Eshun on the Happy Morning Show, Chairperson of the Christian Council, Rev. Professor Joseph Obiri Yeboah Mante noted that the use of tribalism to win political points is not a new tactic used by politicians.

Read Also:  Fans Descend Heavily On Sarkodie After He Congratulated Shatta Wale On His Video With Beyonce

“Tribalism in politics is not a new thing. Since we have a lot of tribes in Ghana, any time there will be any political process, people will trigger tribalism. However, the leaders in politics and anyone who has studied political science knows that at a point, when you feel you are losing out in politics, tribalism can help. So they know how to use that tactic”, he said.

While he prayed that these politicians repent from their ways, he was confident that those who did not will face God’s wrath. “These are all political tricks and for the politicians engaging in that I pray that they will repent or else God will deal with them. We have only one Ghana. Anyone who uses tribalism to destroy our country will be dealt with by God”, he added.

From an objective point of view, the Cristian Council is corroborating with the NPP.

It can therefore be inferred that the Cristian Council endorses politicians using the military and others to visit injustices on those that predominantly support their opponents.

Instead of investigating with righteousness the cry of those enduring injustice, because ours is a system of patronage where one must be in the good books of the King to enjoy some of the electoral spoils, truth is far even from the hearts and lips of those who should be demonstrating the love of Christ to the world.

The God we know isn’t a dubious spirit. He hates injustice and saves the oppressed from the hands of their oppressors. That’s what Samuel Eshun should remind himself of.
READ ALSO; NDC Finally Reacts To Video Of Students Insulting President Akufo Addo
Continue Reading 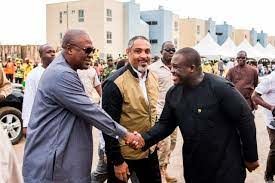 The Member of Parliament for Ningo Prampram on behalf the opposition NDC, has described as distasteful videos of final year students insulting President Akufo-Addo over their inability to write their science paper in the ongoing West African Senior Certificate Examination (WASSCE).

In a Facebook post, the legislator indicated the video of the students speaks of how politicians have allowed discussions on national issues to be characterised by insults.

”It speaks of how as politicians, we have allowed every discourse to be characterised by vitriol and sent a truly sad message to the people we lead. This is a source of deep worry. This is an issue highlighted recently by the Presiding Bishop of the Perez Chapel International.

READ ALSO; Policemen Allegedly Attacks People In A Vehicle To A Funeral In The Volta Region On Suspicion Of Going To Register To Vote

Sadly, he was equally dealt with by henchmen of the President including a Presidential Staffer, a Party Regional Chairman and a Member of Parliament. The President has been loudly silent on the clear denigration of the Clergyman for simply calling out politicians, every single one of us,” he wrote.

Read the full statement below

I have seen a video of students insulting the President and reminding him that he is also a ‘final year student’. I have decided on principle not to share or repost the said video as I find it distasteful to say the least.

I disagree with and criticise vehemently the President on several issues but to see the President of the land insulted in such crass and vulgar manner especially for the reason the students gave leaves me very sad.

It speaks of how as politicians, we have allowed every discourse to be characterised by vitriol and sent a truly sad message to the people we lead. This is a source of deep worry. This is an issue highlighted recently by the Presiding Bishop of the Perez Chapel International.

Sadly, he was equally dealt with by henchmen of the President including a Presidential Staffer, a Party Regional Chairman and a Member of Parliament. The President has been loudly silent on the clear denigration of the Clergyman for simply calling out politicians, every single one of us.

Maybe, just maybe, it is time we took a break as a Nation and paused for reflection on the path we are on. A path of conflict and chaos would benefit absolutely no one who truly loves this Nation. I hope it is not too late.

Pray for the Homeland.