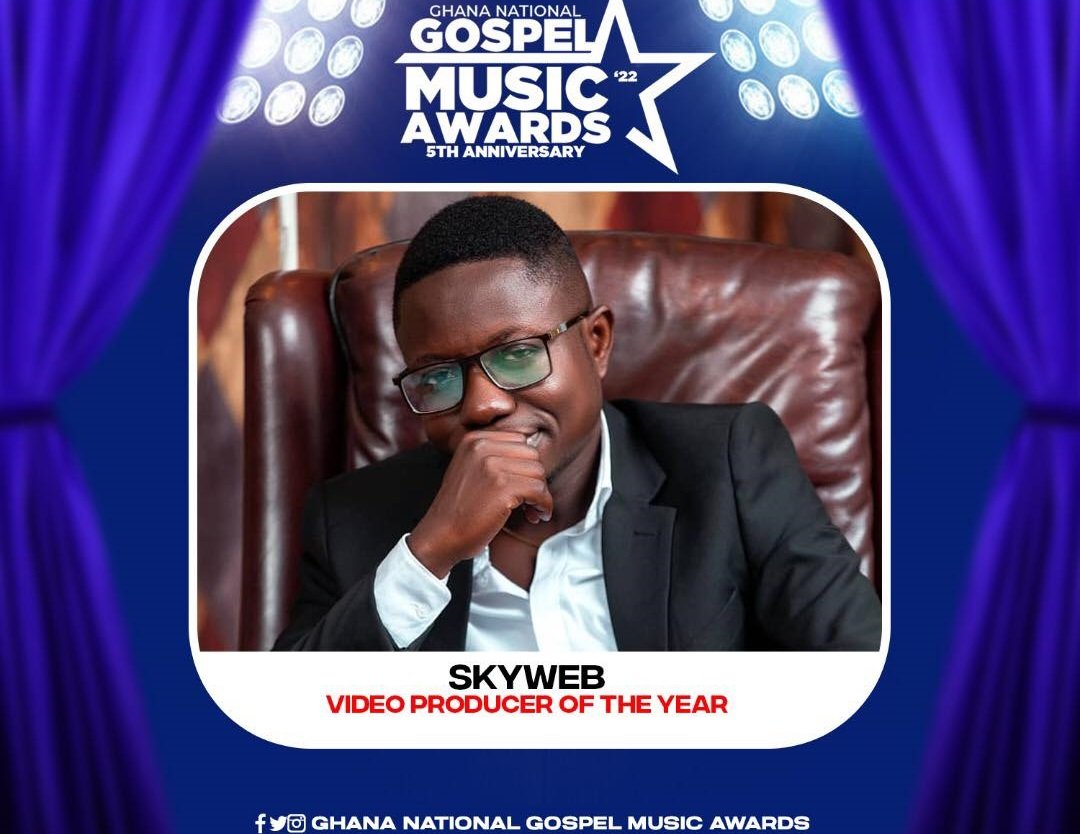 Talented music video director Ishmael Barnoh popularly known in the showbiz fraternity as SKYWEB has emerged as the winner of this year’s Ghana National Gospel Music Awards for best video producer of the year.

The award ceremony which came off over the weekend at the Accra International conference center (AICC) saw celebrated industry personalities lightening up the venue. 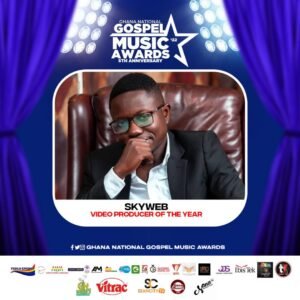 Facing tight competition in the video producer of the year category, Skyweb stood tall among all the nominees by emerging as the winner.

With so much experience gather through his profession and his prominence as one of the finest, hardworking and most widely known music video producer and director in the country Skyweb automatically deserves the accolade.

He has since won many awards this year including GMA-UK best video director of the year. Many industry players have tipped him and his outfit to win more awards in the coming years based on his outstanding achievements in the music scene.

Skyweb, which was established in 2002, is credited with over a hundred music videos and has produced music videos for gospel artistes such as Empress Gifty, Piesie Esther, Kofi Sarpong, Ohemaa Mercy, Obaapa Christy, Louisa Annan, KODA, Minister Igwe and a host of others.

Gospel Music Video of the Year