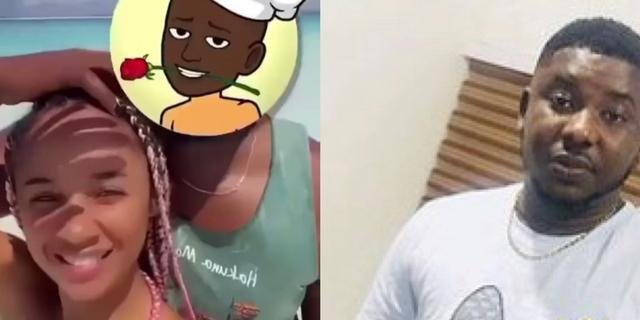 Ghanaian singer Deborah Vanessa Owusu-Bonsu known by the stage name Sister Derby, has sent love sparks flying in the air after she was spotted with her alleged new lover.

In the video sighted on Instagram, Sister Derby and the man believed to be her lover were spending some quality time together.

The duo was at a beach as they enjoyed the sunlight and had fun in the warm seawater while dancing.

Sister Derby, who was standing in front of the young man, suddenly turned and planted a kiss on the lips of her alleged lover.

The Kakalika Love hitmaker was seen beaming with smiles and appeared quite excited to have found love once again.

Many fans and followers of the Ghanaian songstress took to the comment section to react to the video.

nathaleimillen came in with the comment: “doesnt he look like medikal? she still hasn’t gotten over that dude”

hajiahasanahasana noted: “Aaahh there is a catch”

There were other comments that showed that Sister Derby’s fans were genuinely happy for her for finding love again.

Speaking about relationships, TV star Joyce Serwaa Amihere  also flaunted her beauty and also showing off her singing voice sparked rumours about a secret wedding in a new video.

In the video sighted on the official Twitter page of Serwaa Amihere, the GHOne TV host was seen sitting in what looked like a bedroom as she sang praises to God.

She was seen wearing a beautiful dress, complimented with her usual all glammed-up face and a pinch of her infectious smile.

Mark Okraku Mantey Must Apologize to the Movie Industry for Referring to them as Out of Fashion, Outmoded & Oldskull – FOCAP

Blakk Rasta Supports 5 Artiste From the North; Promise to Help them Achieve Greatness in the Music Industry