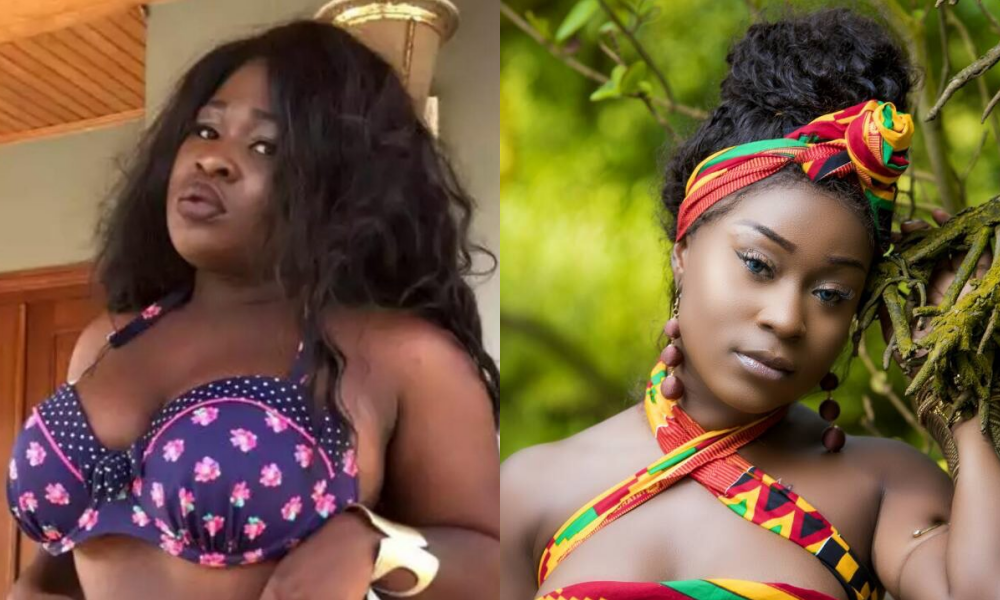 Singer and songwriter, Sister Afia and controversial media personality Efia Odo are both currently the topic on the lips of everyone on social media after they sparked another hot banter on twitter.

It all begin with the popular video vixen Efia Odo who was playing a social media game that people are supposed to give the wrong answer mentioned Sista Afia’s name when Oheneyere Mercy Asiedu’s old picture was placed there for wrong answers only.

The comments of Efia Odo was not welcomed by the ‘MVT’ hitnaker, who also too to her twitter page to rain insults on the actress for mocking her.

This rekindled their beef hence started throwing shots at each other on Twitter dirtying themselves with Sista Afia threatening to beat her in person when they meet.

See the screenshots of the beef below: 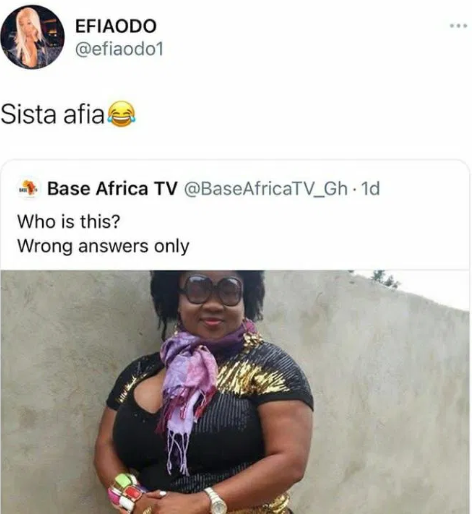 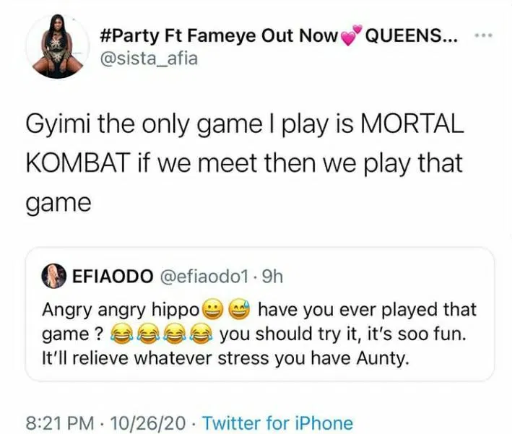 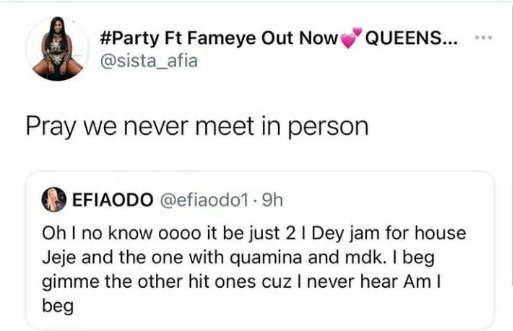 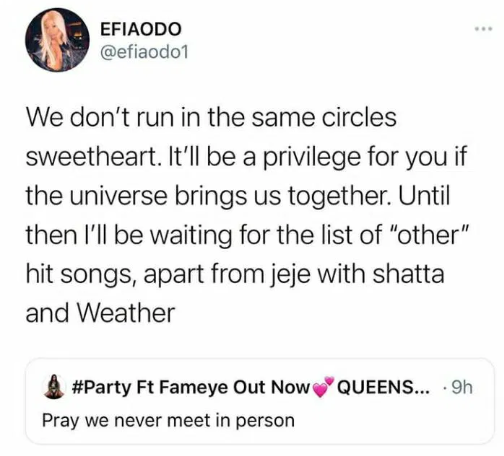 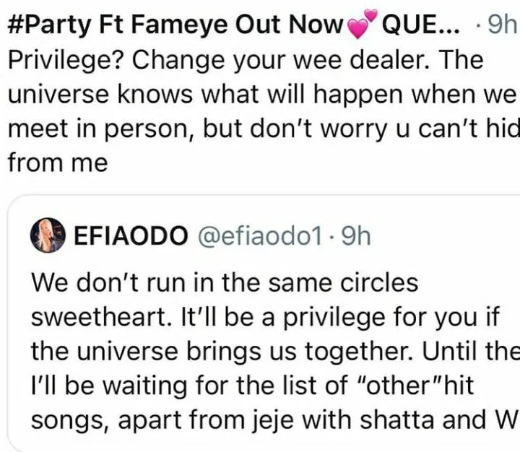 In June, there was another beef between the duo when Abeiku Santana speaking on United Showbiz claimed when Efia Odo came to Ghana for the first time, she was really shy.

Efia Odo while reacting to that insinuated Abeiku Santana was lying or he might be referring to Sista Afia and not her.

Sista Afia who has warned Efia Odo to keep her name out of her mouth jumped on the issue asking her once again not to mention her in her posts.

The two then rekindled their beef which we all thought they had ended a long time ago ruining insults on themselves on twitter.