Shatta Wale, Medikal Take Their ‘Spiritual’ Bath At The Beach After Release From Prison [WATCH]
Advertisement 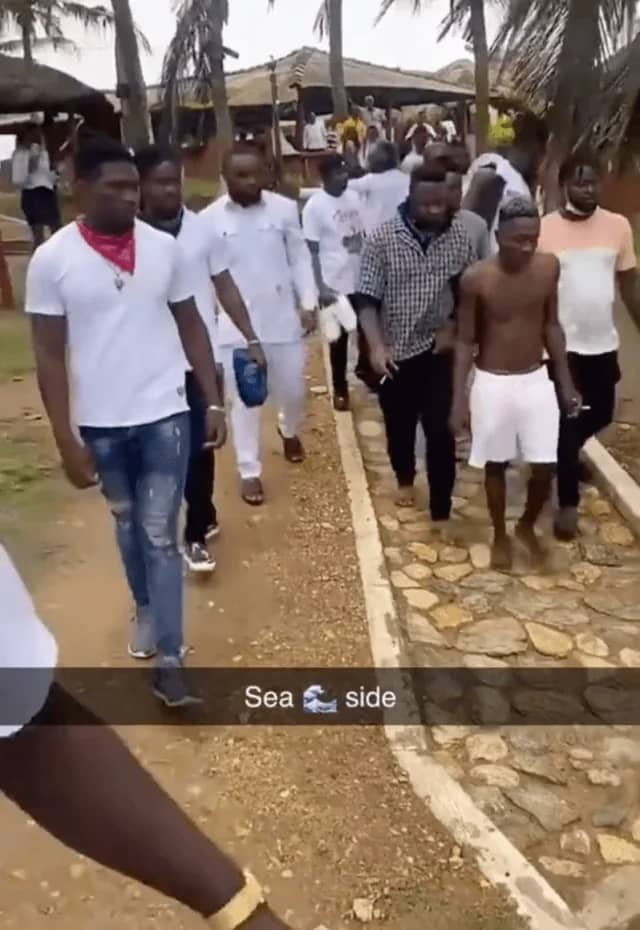 Ghanaian music stars Shatta Wale and Medikal have headed to the beach to have a bath after being released on separate bail.

Shatta Wale was granted a self-recognisance bail by an Accra Circuit Court when he made his second appearance before it.

Shatta Wale, who is standing trial for publishing false news to cause fear and panic, had been handed a one-week remand in his first appearance.

Medikal, on the other hand, was arrested on Thursday, October 21, 2021, the same day Shatta was remanded.

He was put before court for brandishing a gun on social media and remanded for five days after pleading not guilty.

The two reappeared and were granted bail in the sum of GHC100,000.

Following their bail, the two went straight to bath at the beach, an act which symbolises cleansing.

In a video on Instagram blog Sweet Maame Adwoa’s page, the two were seen in the midst of others walking to the seashore.

They got themselves drenched in seawater.

Earlier on, Fella Makafui was spotted in a new video quickly rushing into the courtroom after the judge made the pronouncements in Medikal’s case following his remand.

The mother of one was seen wearing a red jumpsuit as she spoke to the lawyers of her husband in a case of brandishing a weapon.

The actress and businesswoman suddenly started walking briskly towards the courtroom after it was said her husband could be granted bail.

He was charged for brandishing guns on social media.

During his second appearance in court, he was handed a GHS 100,000 bail.