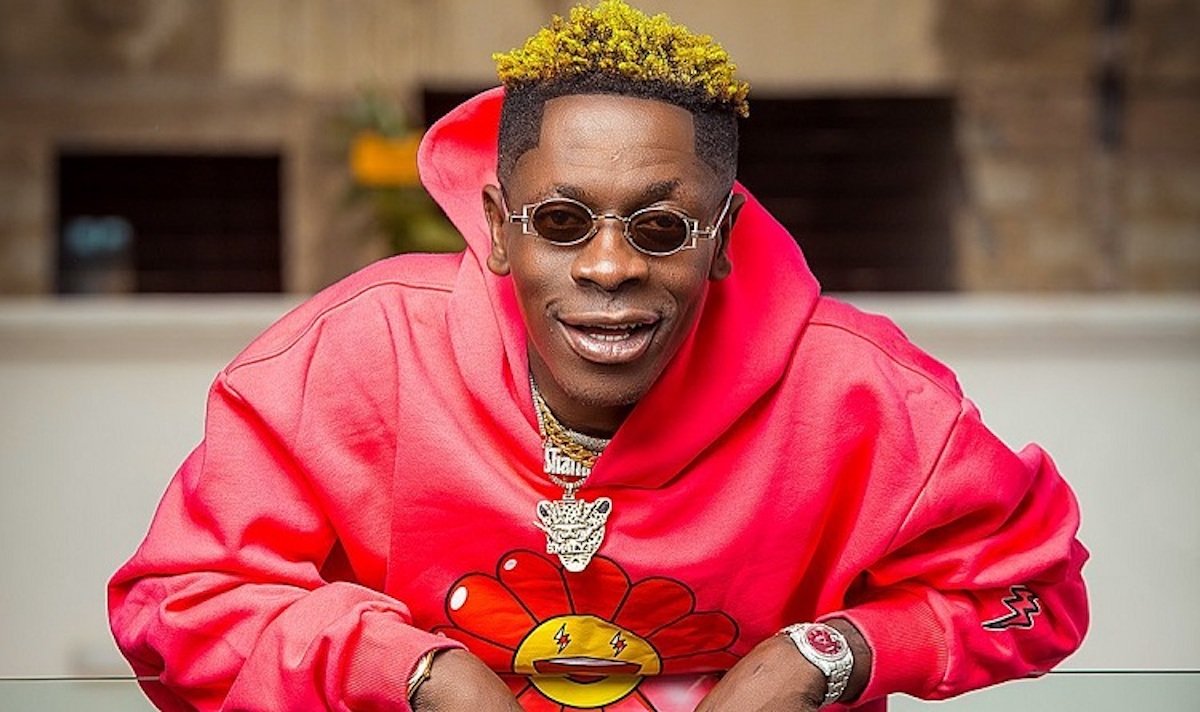 Ghanaian music star Shatta Wale has earned himself an RIAA Gold certification for his contribution to a global smash hit Already released by Parkwood Entertainment/Columbia Records.

Already was one of the singles of Beyonce’s The Lion King: The Giftreleased in 2019.

This feat makes Shatta Wale the first Ghanaian artist after Fuse ODG  to have such a certification.

In 2020, Ghanaian music star and Azonto hitmaker, Fuse ODG, received an RIAA Gold certification for his collaboration with Major Lazer and Nyla (Brick & Lace) on Light It Up Remix. 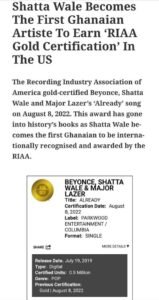