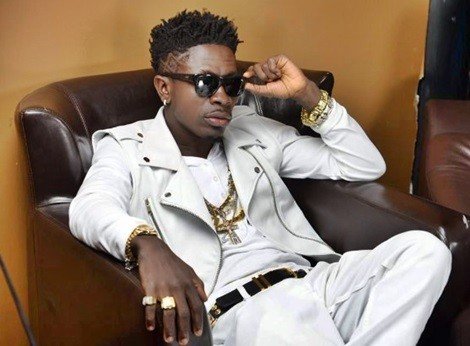 Shatta Wale started this Wednesday’s morning with a fiery message to Ghanaian bloggers and industry players. According to the Dancehall King, bloggers aren’t fair to him. They are always quick to write and publish untruthful stories about him, despite the fact that Shatta Wale is the pioneer and the pivot of Ghana Music Industry.

The dancehall artist went further to explain that the tarnishing of his reputation by the media is the reason for his bad boy character. The controversial musician also promised to give awards to bloggers if they publish good things about him

Making a reference to a lyrical verse from his hit song Prove You Wrong, Wale quoted himself by saying he won’t apologize to anybody because, he is a monster who was created by a messy music industry. As if that was not enough, Shatta Wale took shots at his archrivals Stonebwoy, Samini and Sarkodie. Once again, he bragged about his wealth and described other artists as being broke and fake.

“Imagine bloggers were writing great articles about my change in this industry today, like you won’t see Shatta Wale with a certain kind of behavior and I would even reward them always in a nice way but I sang in one of my songs:

Today their own so called favorites Sarkodie and Stonebwoy are telling them in their face that your blogs are not worth it so they post foreign blogs and also warning them to sue them cuz these same artistes are not pulling the weight they thought they will pull. Radio station fought radio stations who supported me just show to show they have upper hand with some industry so called gurus. But most of these presenters still cry for fuel,up-keeping ,mobile money etc..

But they come and sit on radio and pose as big men! If they think they know us we also know them very well. There is a saying in Akan which goes like “wada nensu wu nai gu abontin” YOU SLEEP BUT YOUR LEG DEH OUTSIDE lol .so everyone has a problem or a fault one way or the other!!!

Imagine you guys wrote the truth about my works, bashed me sometimes which is normal in everyone’s life. Like I will show great appreciation and gratitude to many of you. It is said “don’t bite the hands that feed you” but I think most of our Ghana artiste don’t understand the work ethics and that’s why they fade away easily ..

No one caused this change ,I did …
No one lived a stardom life but I am proving it in their faces today.
All the shows they organized for their favorites were staged to make them big in the eyes of the public but these artiste never saw the future for that.. But I did things on my own and have gotten the largest movement ever!!

No one should take this personal but think, think very deep and ask yourself how the industry would have been boring with the name Shatta Wale.

We are trying but we still in the middle of nowhere.

STOP BEING HYPOCRITES AND LET’S LEARN TO GROW.

I have made enough money and I do have an exit plan but will not leave my fans till I see them get where they want to be that’s why I am still doing Music in Ghana!!!

You Can Read Other Hot Articles About Shatta Wale Below

The Truth About Shatta Wale Fans 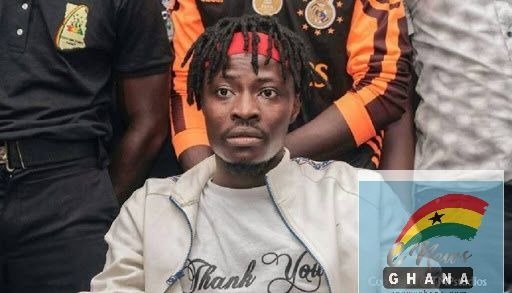 It seems the rate as which Ghanaian politicians are spending the country’s monies unnecessary is becoming a canker and many have criticised the act.

Born Mujahid Ahmed Bello known by his stage name Fancy Gadam has sent out an advice to the politician on where and whom to invest the country’s assets on.

In a tweet spotted on his Twitter timeline, the 2020 International Reggae and World Music Awards (IRAWMA) Best Afrobeat Entertainer indirectly signaled an advice to our politicians on their choice of investment especially when it comes to funds from the Government.

He wrote “Mr. Politicians Invest in our youth so they may learn how to invest in themselves. It seems the beef between Kumahood actress Tracey Boakye and Singer MZbel have triggered Fancy Gadam to send such signal to the politicians. 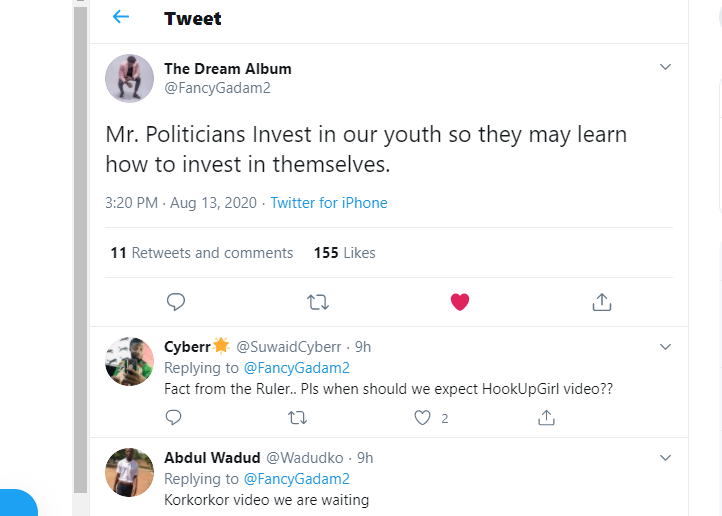 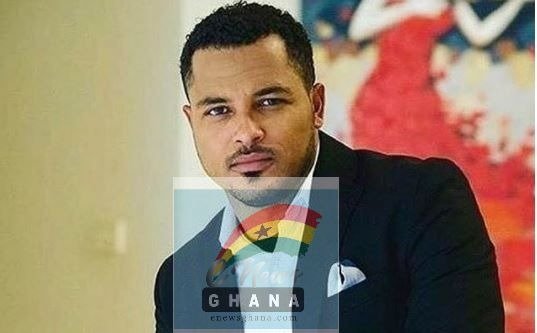 Popular Movie actor and Director Van Vicker has voiced out for the first time how he escaped death on several occasions in his native country Liberia before settling in Ghana.

In an interview with Monalisa popularly know as Monna Gucci on Kantaka T.V, the half Liberian,Ghanaian and Dutch expressed his fears living in Liberia during the war times alerting him to migrate from Liberia to permanently settle in Ghana where he completed high school education at Mfantsipim.

He made it clear that there was a time guns and bullets were shot at him and it took the divine intervention of God to escaped the bullets to save his life.

Touching on issues in the movie industry,the Former TV3, Metro T.V and Groove F.M now Adom F.M presenter made it clear that most of the celebrities pay monies to directors and producers for movie roles.

Some of the characters pay monies to get roles in order to be recognized and be called celebrities, but as for him he has never been a victim he stated.