Seven suicide attempts in 2 years; this is too much for me – Funny Face reveals in new video post 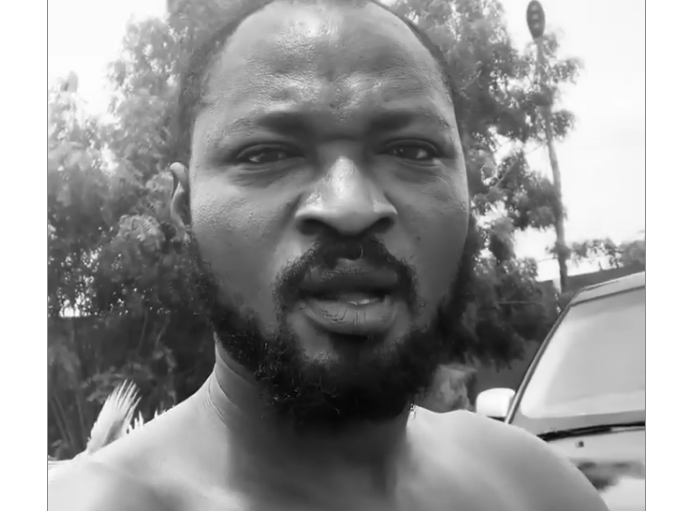 He points accusing fingers at the mother of his children, Vanessa Anokyewaa, as the cause of his depression.

Unfortunately, Funny Face is suffering from another mental breakdown in some videos he has shared online.

Two of the videos show him walking and talking on a lonely road in the middle of the night.

The third, which showed two army men engaging him in a conversation revealed that the men saved him from committing suicide the night before.

This is how he captioned the video:

“JEHOVAH BLESS GHANA ARMED FORCES “ GYE NYAME“. 7 suicides attempts in less Dan 2 years NANA YAW ODURO BOATENG OHENE BENSON RICHMOND Hmmmm JEHOVAH.. pls hold my heart and lips .. for dis is too much for me .. or the secrets and names which are abt to drop will shake GHANA. Aaahba! Now Koraa de3r… I have given up .. ooh why me ooooh LORD. my #ELLAandBELLA my baby KIMBERLYN .. DADDY loves you with all his heart .. but how things are going at da expense of my life for the 7th time.