Scores Of NPP Supporters Campaign On The Streets Of Accra[Photos] 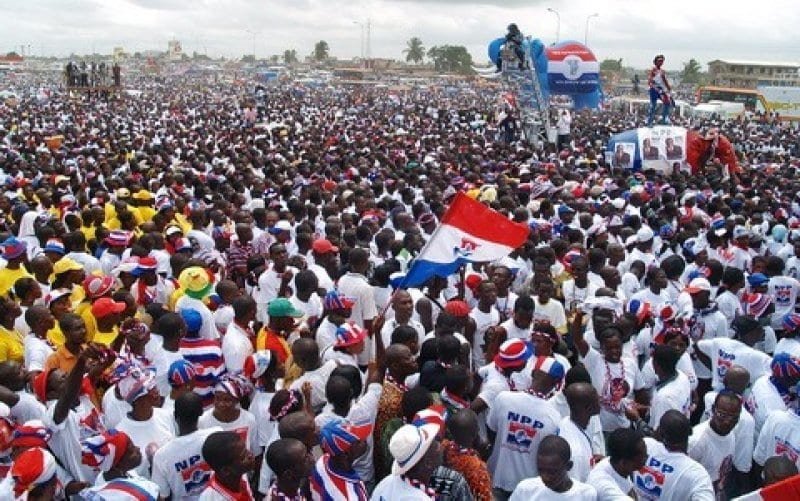 Scores of the ruling government NPP supporters of have taken to the streets of Accra to show off placards highlighting the achievements of the party ahead of the December 7 elections.

With less than 67 days until the general elections in December, Political parties are trying their best to reach out to Ghanaians.

Since these political parties can not hold their rallies amid coronavirus pandemic in the country. They have rather resorted to various means to campaign for their parties.

Most of them were spotted along the Accra-Kumasi stretch projecting placards reminding Ghanaians of the achievements of the Elephant party as elections inches closer.

Some of the party’s die-hard executives also shared souvenirs to cars and passersby who often ply the stretch.

Adomonline captured some of them at the Mile 7 Melcom traffic light and others were also seen at Abeka Junction and Tesano respectively.

See the photos below: 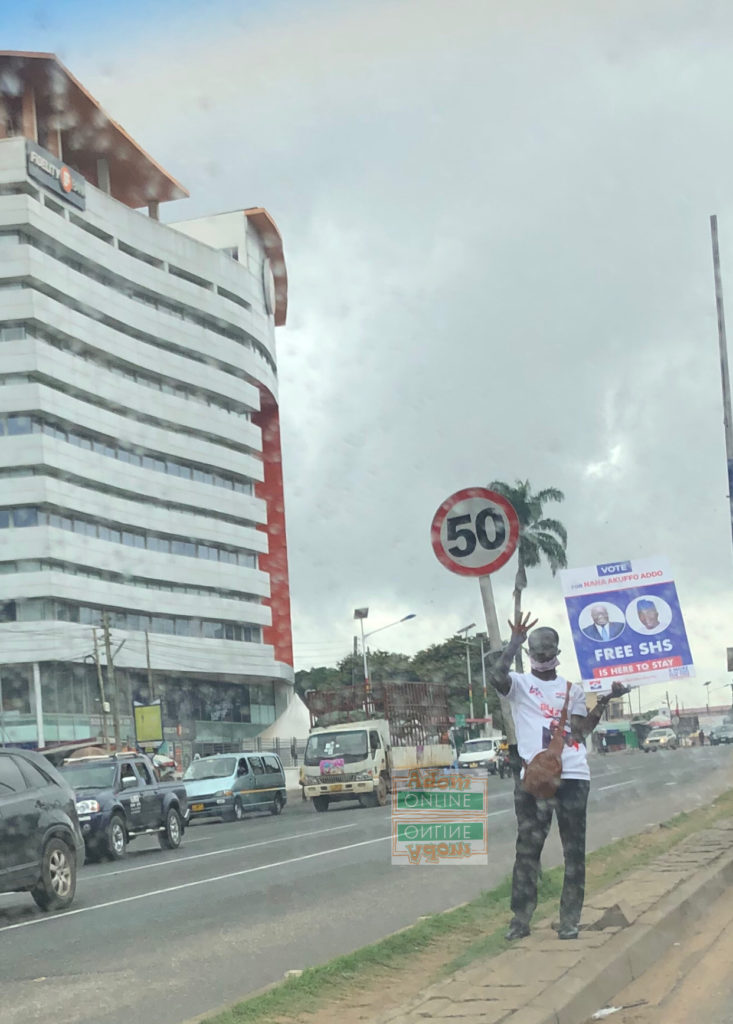 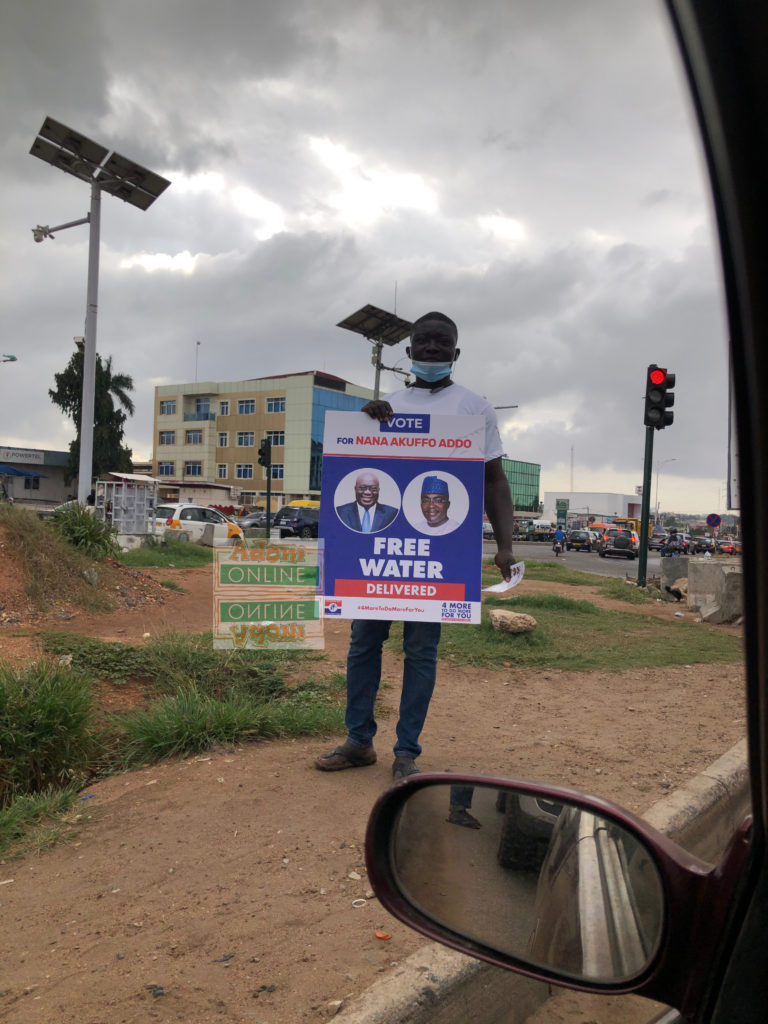 The ruling New Patriotic Party (NPP) in recent times revealed how they would campaign.

According to the party , they will be embarking on a one-on-one campaign in its bid to retain power.

The motive for this, General Secretary of the party, John Boadu, said is to ensure the needs of every citizen is addressed.

In an interview, Mr Boadu said, “We will embark on one-on-one campaign because it worked for us in 2016 and at the end of the day, the NPP will be a party of choice.”

Share with Friends:
Related Topics:'4more4nana'FeaturedNational patriotic partyNPP supporters
Up Next

‘Mahama Is The Archbishop Of Promises’- Vice-Prez Bawumia Warns Ghanaians