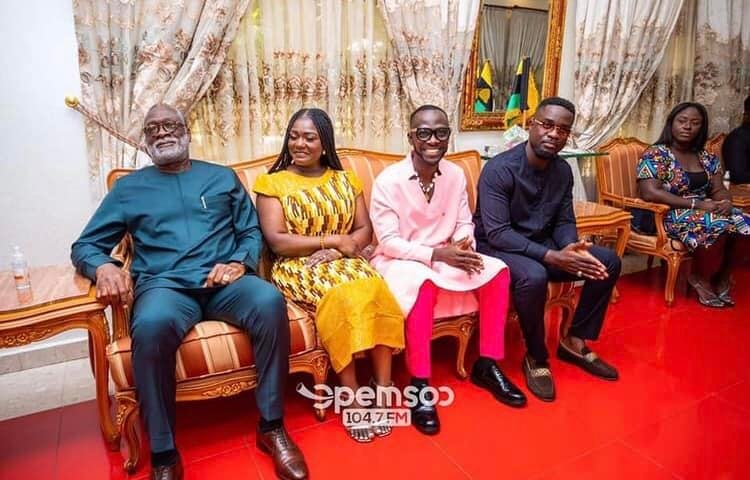 Africa’s most decorated rapper and Ghana’s rap god Michael Owusu Addo widely known as Sarkodie and Kwame Nsiah Appau  also known as Okyeame Kwame will both be performing at his Royal majesty Otumfour Osei Tutu II  birthday which falls on May 6 2022.

In a Facebook post sighted by ENEWSGHANA.COM, one of the affiliates groups  of Sarkodie called SarkWorld posted pictures of Sarkodie, Okyeame Kwame, Dentaa of GUBA fame together with their managers and other dignitaries paying a courtesy call on his Royal Majesty at the Manhyia Palace. 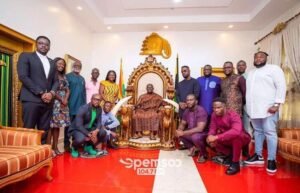 King Sarkodie and Okyeame Kwame as a sign of courtesy have exhibited the preparation to perform on the birthday of OTUMFOUR OSEI TUTU II which falls on May 6. 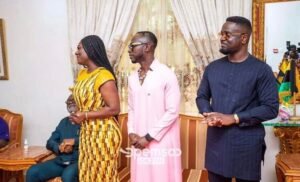 The duo in a visit also sought out for blessings ahead of Memphis in May international Festival which will be attended by his Royal Majesty. 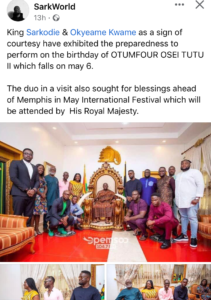