Samuel Boadu Will Not Be Sacked - Board Member Speaks 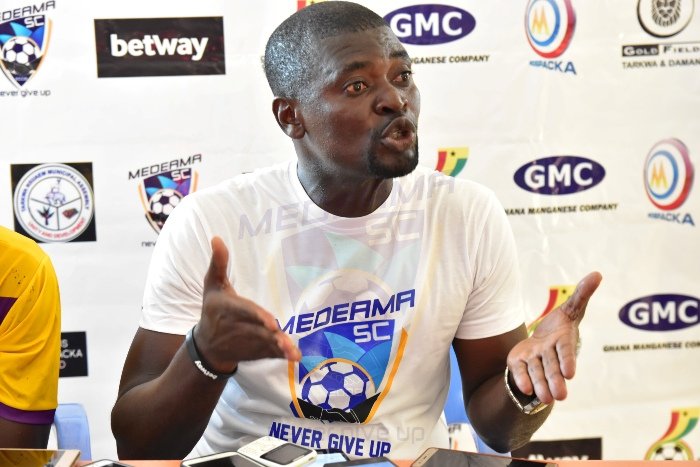 Hearts of Oak Board Member has reiterated that the club is not ready to part ways with Samuel Boadu, who is the head coach of the club.

The 35-year-old has come under pressure after the Phobians’ elimination from the CAF Confederations Cup.

The Ghana Premier League champions suffered a 4-0 defeat in the second leg tie to end the tie 4-2 on aggregates against JS Saoura to end their dream of playing in the group phase.

After the poor showing in Africa, reports have emerged that the former Medeama SC boss will be shown the exit.

However, Alhaji Akambi, who is a board member of the club, speaking in an interview, said the board has not held any discussion about the future of Boadu.

“As a board, we have never discussed sacking Samuel Boadu. From Algeria, we have not even talked about anything on Boadu getting sacked with the other board members in Accra.

“The focus is on getting our team back to winning ways and it begins with the impending games in the Ghana Premier League. Our attention is not even on sacking the head coach,” he added.

Hearts of Oak now turn the attention to the domestic competition where they are yet to win a game.

Boadu led the club to a domestic treble last season.

CAF Dismisses Rumours That 2021 AFCON Could Be Moved To Europe