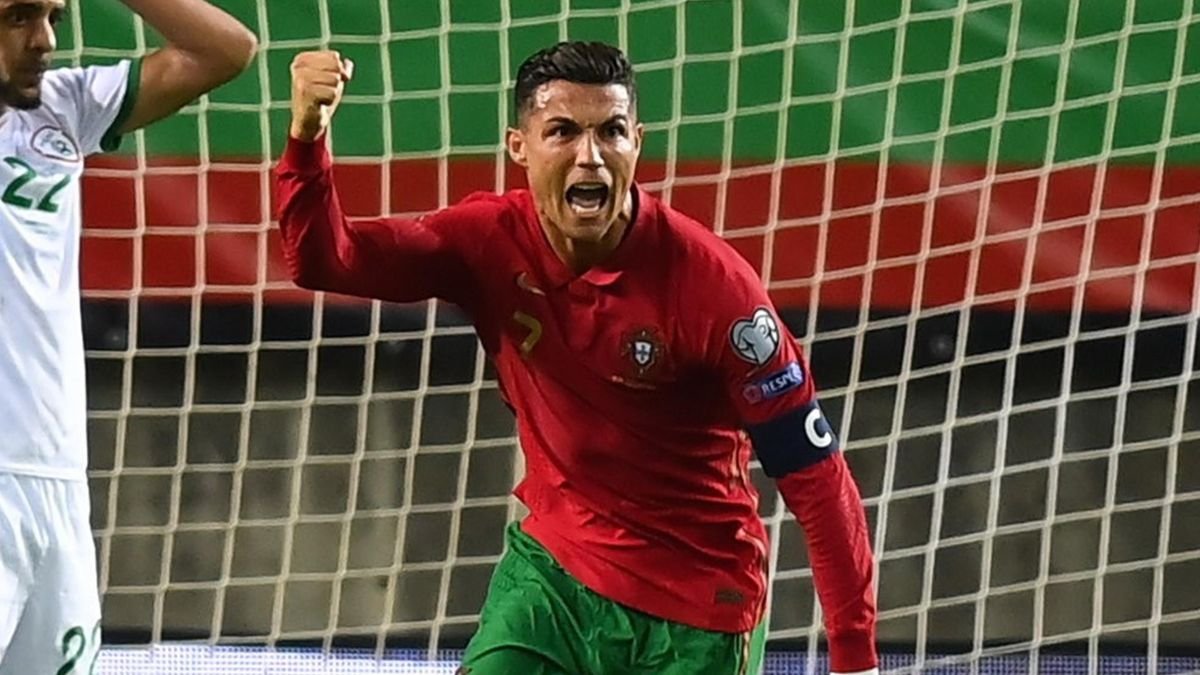 Legendary footballer and one of the greatest of all time, Portugal’s Cristiano Ronaldo, netted twice against the Republic of Ireland in a World Cup qualifier to score the most goals in international football.

Captain, leader, legend, all titles fall short of the incredible milestone the Portuguese life-size talismanic figure of Cristiano Ronaldo has just accomplished in his career.

The inspirational footballer recently scored twice in the dying seconds of a World Cup Qualifier game against the Republic of Ireland to snatch an iconic victory literally from the jaws of defeat heading his country home to a dramatic 2-1 win at the Estadio Algarve on Thursday (September 2).

Ronaldo’s late brace at the 89th and 90+6th minute of injury time made sure the 36-year-old wrote his name all over the tie and achieved a sensational all-time highest international goalscorer record ahead of Iran’s Ali Daei, who held the no.1 spot for many years before CR7’s imminent arrival on top of the pile in men’s international football. 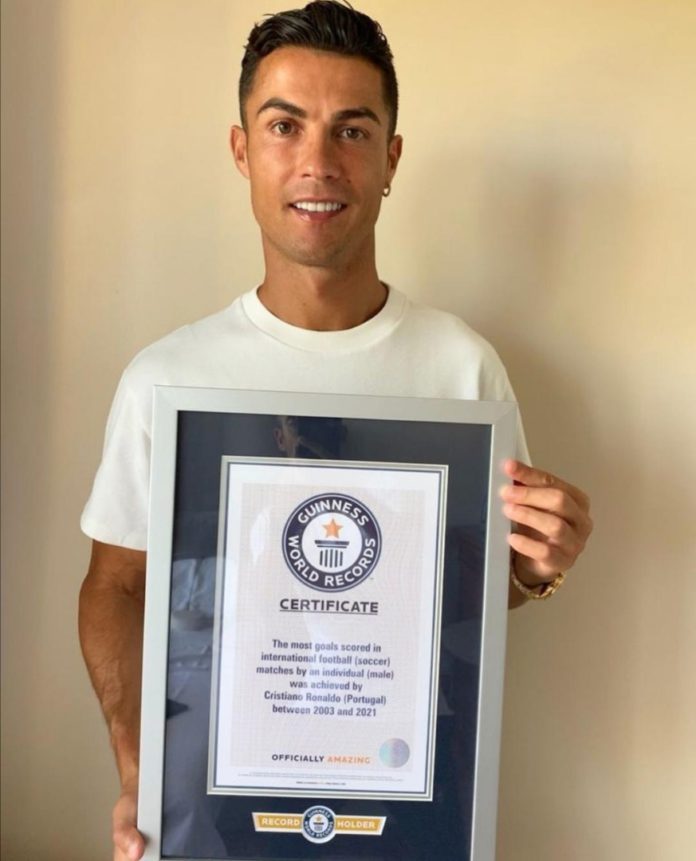 Considered as the greatest of all time (GOAT), Ronaldo made headlines just a few days before his WC qualification match vs Ireland at Estadio Algarve, for his much-anticipated return to Manchester United after a long wait of a dozen years by his fans and Man Utd supporters alike. CR7 agreed to sign a two-year deal with the Red Devils for a £ 20 million move from Juventus in the last hours of the summer transfer window.

Orchestrated by super-agent Jorge Mendes along with the Glazer family-run Manchester United, the English giants have welcomed the club legend back in the reds’ ranks under United boss Ole Gunnar Sollskjaer to play as the goal-scoring machine that he is in the ongoing 2021-22 PL season.

However, the latest buzz around Cristiano Ronaldo is the highly coveted honour renowned records book — Guinness World Records have bestowed upon the legendary Portuguese athlete.

The Guinness world book of records has recognised CR7 as a world record breaker for the most goals scored in international football (soccer) matches scored by an individual (male).

Cristiano posted a picture of himself holding the prestigious award on his Instagram handle and captioned it as:

“Thank you to the Guinness World Records. Always good to be recognized as a world record-breaker. Let’s keep trying to set the numbers even higher!”

Ronaldo achieved the feat scoring goals for his native Portugal between 2003 and 2021 proactively over a span of 18 years with a career still going strong as he looks to overcome yet another new challenge after his move away from Turin with a year left on his contract with the Bianconeri.

Ali Daei, who held the record before Ronaldo, said, “Your humility and kindness make you an even greater champion, @cristiano Long may your record last!”

Share with Friends:
Related Topics:Cristiano RonaldoGuinness Book Of World Records
Up Next